The incident happened before 7 a.m. Friday. The two suspects fled in a stolen car and no arrests have been made 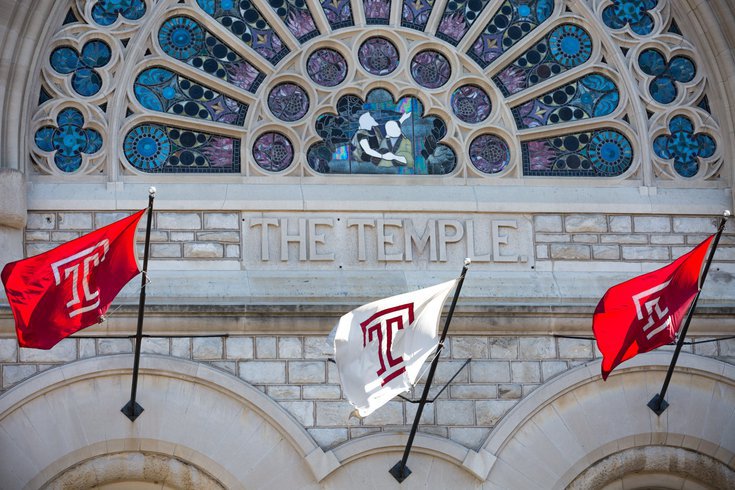 Eleven Temple students were robbed at gunpoint inside an off-campus apartment in North Philly early Friday morning. The students had been asleep inside a residence on the 1300 block of North 15th Street prior to the robbery. The suspects took the students' debit and credit cards, cell phones and the keys to a Lincoln MKZ, which was used to flee the scene.

The incident happened around 6 a.m. at an off-campus residence on the 1300 block of North 15th Street. The suspects, carrying handguns, entered the apartment while the 11 students were asleep inside, police said. The students were between 20-22 years old; there were eight women and three men.

The property where the robbery happened is about four blocks south of Temple's main campus. The apartment is outside the Temple police patrol zone, a university spokesperson said Friday afternoon.

Temple's main campus patrol map shows the apartment is two blocks south and less than one block west of the areas within the university's patrol zone.

Once inside the apartment, the robbers ordered the occupants into the basement where they took the students' debit and credit cards and cell phones, police said. They also took the keys to a 2015 silver Lincoln MKZ, which was used to flee the scene, investigators said.

None of the students reported being injured and no weapons were recovered. Police are searching for the suspects and the stolen vehicle, which has a Pennsylvania license plate KMF-1560.

Temple University officials did not immediately respond to requests for additional comment by phone and email on Friday morning.

The university has struggled to address public safety concerns around its North Philadelphia campus. A year ago, Samuel Collington, a 21-year-old senior political science major was shot an killed during a carjacking near campus. Then in January, Hyram Hill, 23, the son of a Philadelphia police officer, was fatally shot during a robbery just south of Temple's medical campus.

Suspects in both shootings have been arrested and charged.

As part of the safety overhaul, Temple developed a new personal safety app, Temple RAVE Guardian, that students can use to request police escorts and report suspicious activity. The university also pledged in March to provide off-campus landlords with funding for security cameras and lighting.

In the last year, Temple also implemented other security measures around campus. These included more campus police patrolling on foot and bikes, more cameras around campus, and better coordination with Philadelphia police to deploy officers and monitor social media for potential threats.

Temple University police publish crime report logs online, including the details of the offenses and their locations.

Earlier this month, Temple started the Best Nest Program, a resource students can use to find off-campus housing. All of the apartments included in the program are inside the boundaries of Temple's patrol zone and meet certain safety and security criteria. Properties on the site are rated based on amenities, like outdoor lighting, security cameras and how many noise violations they have received.

Anyone with information about Friday morning robbery can reach the Philadelphia police tip line by calling or texting (215) 686-8477 or submit an anonymous tip online.