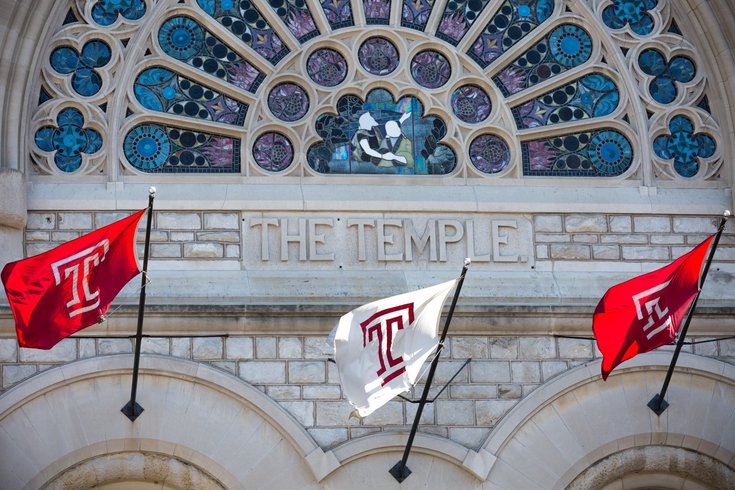 Following a shooting near Temple University's campus on March 18, school officials revealed plans to enhance campus safety, including a grant program for private off-campus landlords to install lighting and cameras.

In the wake of several violent incidents around Temple University's main campus in North Philadelphia, officials at the college are continuing to increase the school's safety measures.

Temple announced a new grant program on Wednesday that will provide landlords of private residencies with up to $2,500 for the installation of security cameras and lighting. The initiative comes after a student campus safety survey found that just 56% of those living off-campus feel safe in their surroundings.

"For Temple's part, we are considering all options to protect the safety of our students, faculty, staff, and neighbors in North Philadelphia," said Ken Kaiser, chief operating officer at Temple. "We have to be willing to continually think outside the box, and that is what we have done here with this grant program."

The university's housing office will be providing an on-campus residence to any off-campus student who wants to relocate for the remainder of the semester. Additionally, the office will help students who are looking for alternative off-campus housing find a private complex within Temple University Police's jurisdiction.

On March 18, Philadelphia police arrested a 15-year-old boy after he allegedly opened fire on four girls inside a car near Temple's campus. Two of the girls were shot, but are expected to recover. None of the people involved were students at Temple University, 6abc reported.

Temple officials said that simply adding more police on the streets is not the only necessary solution, noting that TUPD officers passed by the area at Broad St. and Cecil B. Moore Ave. just 90 seconds prior to the shooting incident.

In November, the fatal shooting of 21-year-old student Samuel Collington rocked the campus community and made the city's growing homicide rate personal for many students at the college.

Temple released plans in January for safety enhancements that included an audit of campus safety operations by former Philadelphia Police Commissioner Charles Ramsey. The audit is set to begin in early April.

The school has also doubled the amount of regular patrols around the campus in recent months and hired an additional 10 officers. There are currently 113 applicants for TUPD awaiting background checks and reviews, school officials say. Temple hopes to put 12 officers into an upcoming police academy class.

After school officials detailed the campus safety enhancements, Alex Shaffer, president of the Temple University Police Association, responded on Twitter. He claimed that the university has not increased the number of dispatchers in the TUPD communications center and that only two officers have been hired since Temple President Jason Wingard announced plans to increase TUPD by 50% in November.

Shaffer noted that the University is "outsourcing" police operations to the PPD amid the department's own staffing crisis. Philadelphia Police Commissioner Danielle Outlaw told 6abc in February that the department is down 600 officers from its levels in 2015.

Stephen Orbanek, director of communications at Temple, responded to Shaffer's claims, saying the statement created "unnecessary confusion" about patrol on the university's campus.

Orbanek said that TUPD is experiencing shortages and issues in hiring new officers like many law enforcement agencies across the country, but patrols in an around the campus have increased since university leadership announced the plans in November.

"Temple pays for additional security services beyond our police and security officers, dramatically increasing spending in these areas translating to more professional law enforcement and public safety presence in and around Temple," he said. "We have also paid Philadelphia Police for additional officers, who together have increased the weekly patrol hours from 96 to 208 and we are already working with the city on further patrols to secure the safety of our community."

Wingard met with Mayor Kenney and Commissioner Outlaw on Tuesday to discuss strategies that will help curb the ongoing threat of violent crime impacting neighborhoods throughout the city.

The school is also looking to establish a neighborhood watch program that will regularly patrol areas in and around the campus. Officials say that these ambassadors will be trained in crime prevention to amplify efforts made by TUPD and other allied officers.

"We see that students feel less safe as they get farther away from campus in the area where a lot of private housing is, and this is something that Temple does not have any control over," said Jacob Golden, chief external services officer for Temple's Student Government. "Off-campus landlords can do things like install more lighting, make sure locks work and make sure that every single unit in their building has a different lock. They need to do their part to make sure the apartments they offer are safe, so that is why they need to be a part of this discussion moving forward, too."

Private landlords near Temple's campus can apply for the grant program by contacting securitygrants@temple.edu.

Landlords must provide proof of ownership of a residence close to campus and explain how the funds will be used. Reimbursement will be provided with proof of installation.