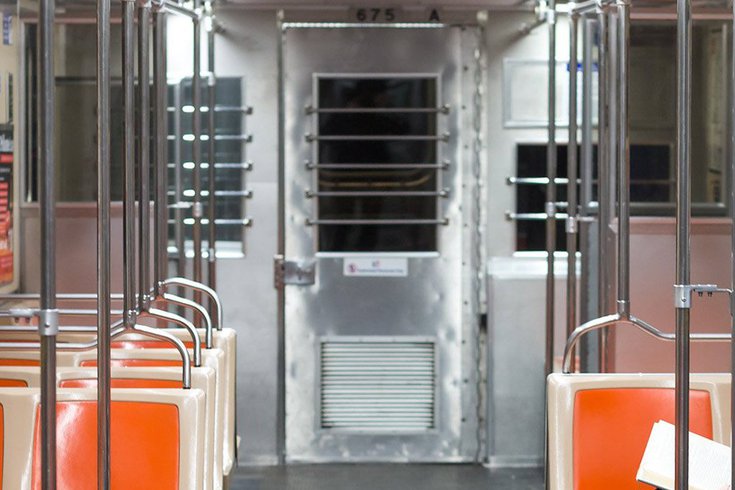 Philadelphia police are investigating a fatal shooting that happened Monday afternoon on SEPTA's Broad Street Line. A 21-year-old man was killed and a 16-year-old boy was injured in the gunfire. The image above is a file photo of a Broad Street Line train.

Rasheed Born is charged with murder and related offenses in the incident that happened near Fairmount Station around 2:40 p.m. The shooting stemmed from an attempted robbery, police said. Born allegedly tried to rob 21-year-old Semaj Cherry on the subway. He opened fire, striking Cherry 11 times. During the struggle, Cherry also took out his own gun and fired at Born, striking him in the arm.

There were no other injuries reported in the shooting.

One man was fatally shot and a teenager was wounded Monday afternoon while riding SEPTA's Broad Street Line in the area of Fairmount Station, police said.

The shooter opened fire at 2:42 p.m. while the train was at Broad Street and Fairmount Avenue in North Philadelphia, SEPTA police said. The 21-year-old man was struck 11 times and taken to Temple University Hospital, where he died shortly after 3 p.m.

A 16-year-old boy was shot once in the left arm. He was taken to Thomas Jefferson University Hospital with non-life-threatening injuries, authorities said.

Police did not immediately say whether any arrests have been made or weapons recovered. It's unclear what led to the shooting.

The Broad Street Line temporarily bypassed Fairmount Station due to police activity, which has since cleared. SEPTA said riders can expect residual delays.

Monday's shooting continues a trend of violent crime that has increasingly plagued SEPTA since the start of the COVID-19 pandemic. After ridership plunged and remained sparse, robberies and aggravated assaults increased by 80% from 2019 to 2021.
This September, across SEPTA's system, ridership reached approximately 607,000 on an average weekday — about 57% of of the pre-pandemic average. That's the highest SEPTA has seen since since before the pandemic, spokesperson Andrew Busch said Monday.

There have been a handful of shootings at busy SEPTA subway stations in the past few months.

In early October, a fight escalated into a shooting inside the subway station at 15th and Market streets, leaving an 18-year-old man injured.

Longtime SEPTA Police Chief Thomas Nestel III abruptly retired in July amid mounting scrutiny over the dangerous state of SEPTA facilities. He was replaced in the interim by his second-in-command, Charles Lawson, who last month announced a new safety plan for the transportation system.

SEPTA's plan expands on the Safety, Cleaning, Ownership, Partnership and Engagement (SCOPE) program, which the transportation system launched last year. SCOPE focuses on challenges of vulnerable populations, as well as bolstering the transit police force's presence across the system. SEPTA has struggled to recruit new officers in recent years.

“SEPTA knows that riders have concerns about safety and security on the system, and we are addressing them,” Lawson said last month. “We have increased police visibility to deter crime, and we are closely monitoring feedback from our customers to respond to quality-of-life concerns.”