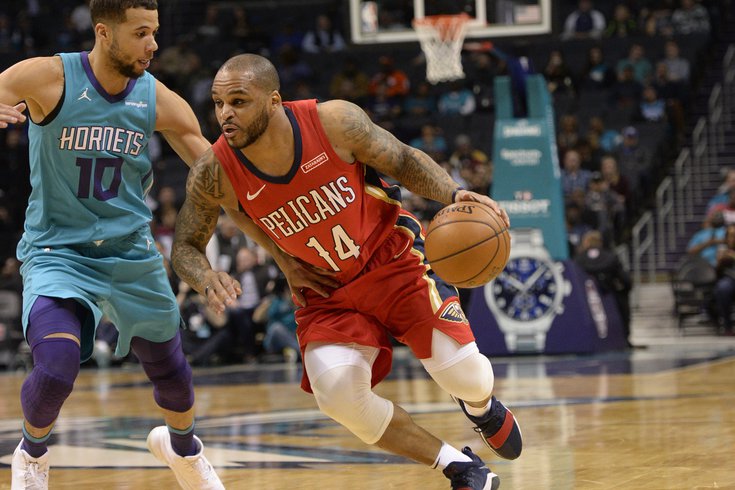 Jameer Nelson is a familiar face for Philly basketball fans.

Former St. Joe's guard Jameer Nelson will join the Sixers' front office in a multi-faceted capacity, serving as a scout for the Sixers and Assistant GM of the Delaware Blue Coats, a team source confirmed on Tuesday evening. John Clark of NBC was the first to report the news.

Nelson, who spent 14 seasons in the NBA between six different franchises, is best known locally for his contributions to the 2003-04 St. Joe's Hawks, who amassed a 30-2 record and a 27-0 regular-season record before eventually falling in heartbreaking fashion in the 2004 Elite Eight. The storybook season for St. Joe's led to an assortment of individual hardware for Nelson, who captured the 2004 Wooden Award, Naismith Award, Bob Cousy Award, Rupp Trophy, and Oscar Robertson Trophy as the star for the Hawks.

A role with an NBA organization, however, was far from a certainty for Nelson, who aspired to have much different involvement in basketball as recently as last year.

In early September 2019, Nelson spoke with Josh Robbins of The Athletic, detailing a desire to become a professional broadcaster. Nelson participated in a crash course program hosted by the NBA Players Association last June meant to help ex-players transition to broadcasting roles in their post-playing days.

Among other names, Nelson expressed admiration for Reggie Miller, Grant Hill, and even Tony Romo on the football side of things, and hoped to use his own knowledge of basketball to inform viewers at home.

“I love talking about the game, I love giving my knowledge,” Nelson told Robbins last fall. “I played for 14 years (in the NBA), so I know situations, I know styles of play. If you listen to a guy who has played at a high level for a long time, I’m sure you can learn something.”

So what changed for Nelson in the year and change since he gave that interview? That's hard to say at this juncture, but Nelson certainly fits the mold of the sort of player you expect to stay involved with the game long-term. He was a hard-working, crafty guard who used knowledge and feel for the game to carve out a long professional career, traits that should serve him well while working for his hometown organization.

His role isn't certain yet — a team source said it was too early to say what his scouting duties would entail for the parent club — but if nothing else, the Chester native adds another one of those "basketball minds" Elton Brand talked about when he discussed the changes coming to the organization in late August.