Report: Sixers pushing for All-Star Game in Philadelphia in 2026 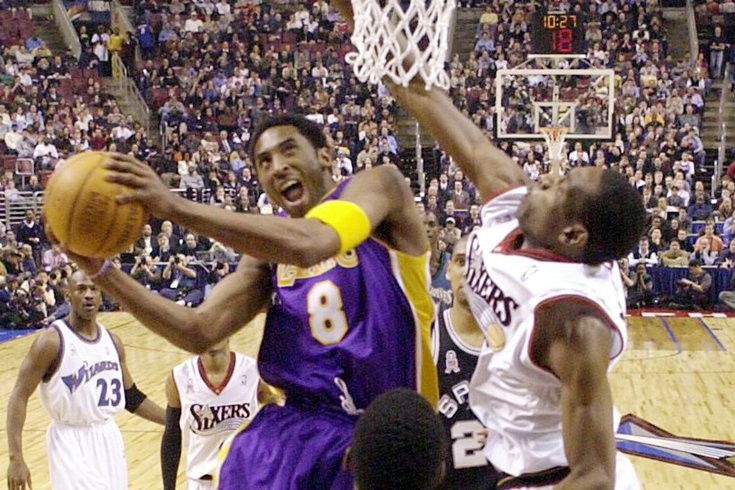 The NBA was a very different place back in 2002.

The Sixers are pushing to host the NBA All-Star Game in Philadelphia in 2026, part of what is expected to be a busy year in the city for the celebration of the 250th anniversary of America, according to CNBC's Jabari Young.

Buried within a story about the task ahead of Doc Rivers and Elton Brand (and their need to work with Scott O'Neil), Young claims the Sixers are, "working with Philadelphia officials and Comcast" in order to make it a possibility six years down the road. Comcast, the owners of Wells Fargo Center, would need to sign off on such a plan in order to make it happen.

It would represent the first NBA All-Star Game in Philadelphia since 2002, an event that itself had been pushed back several years due to the 1999 NBA lockout. The city has hosted just four All-Star Games to date — at the Convention Hall in 1960, The Spectrum in 1970 and 1976, and at what was then the First Union Center for the last time in 2002. The league has already earmarked locations for the next three events in Indiana (2021), Cleveland (2022), and Salt Lake City (2023).

The most recent edition hosted in Philadelphia is remembered for a few distinct events in All-Star Weekend history:

Times have changed a lot since then. Current Sixers GM Elton Brand was actually an innocent bystander for the Western Conference team on McGrady's dunk, his backpedal out of the way there rivaled only by his avoidance of blame for the team's current roster situation.

Given that Philadelphia had the chance to host the game for America's bicentennial celebration in 1976, it feels like a good bet they might earn that opportunity again for the 250-year celebration (which, for those keeping track at home, can be referred to as a sestercentennial or semiquincentennial celebration). It would also presumably be one of the first big events of the year for the city, which is already set as the host of the 2026 MLB All-Star Game at Citizens Bank Park later that summer, as well as the PGA Championship at Aronimink (in Newtown, Pa) and a portion of the first round of the 2026 NCAA men's basketball tournament (March Madness).

In other words, if you already have issues with driving and parking around the city right now, you've been given a six-year warning about the complete disaster that is likely to impact you down the road.