Cape May's Harriet Tubman Museum, which opened in June 2021, would be among the first cultural sites included 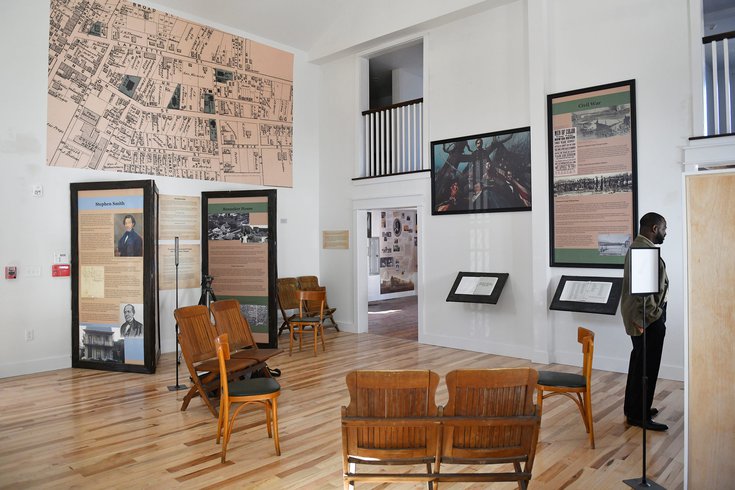 New Jersey may soon have its own Black Heritage Trail, which would include collection of cultural and historical sites focused on Black history. One of the sites is the Harriet Tubman Museum in Cape May.

New Jersey is one step closer to establishing its own Black heritage trail that will formally link an array of cultural sites and historical markers commemorating Black history.

The effort by a bipartisan group of lawmakers began more than a year ago as Assemblyman Antwan McClellan sought to attract tourists to the new Harriet Tubman Museum in Cape May. The museum opened on Juneteenth in 2021 after being delayed due to the pandemic. Its focus — both on the importance of Cape May as a stop on the Underground Railroad and on Tubman's contributions to American history — has made it an attraction for summer visitors and Cape May residents.

"I am honored to help shine a light on New Jersey's rich African history and encourage tourism to hidden Black heritage sites," McClellan said. "From Ocean City's former segregated Westside to Cape May's new Harriet Tubman Museum, there are so many sites and stories that testify to our state's important Black history. This trail will highlight Black abolitionists, veterans, artists, entertainers and other leaders who have made their indelible marks on New Jersey's history and deserve to be recognized and celebrated."

The New Jersey Division of Travel and Tourism has its own curated list of Black heritage sites — many of which could be added to the Black heritage trail. But lawmakers who sponsored the legislation said that weaving the sites together in an effort to raise awareness about Black history in New Jersey is important to ensuring the sites will be accessible and known to residents and tourists.

A bill to formally establish the Black heritage trail and allow the state to design and place historical markers at sites across New Jersey passed unanimously in the state Senate earlier this month after being approved by the Assembly in March. It heads to Gov. Phil Murphy's desk, who is expected to sign it into law.

"For nearly 400 years, Black Americans have been part of New Jersey's history," said Sen. Troy Singleton. "Black heritage and history has, for far too long, gone underrepresented and untold despite our contributions to industry, culture and arts."

Though it is unclear which Black heritage sites will be included on the heritage trail, there is no shortage of cultural and historical sites throughout New Jersey that tell stories about Black history. Here are a few:

The Stephen Smith House, another historic site in Cape May, has been operated by a nonprofit organization since 2014. Smith, a 19th century philanthropist, was one of the wealthiest Black Americans in the country. He also established a home for aged and poor people of color, which remains open today.

The house, which was built in 1846, was protected from demolition in the 1960s as Cape May was experiencing a period of urban renewal and development. The group that operates the house is focused on historic preservation throughout Cape May. The house is located at 645 Lafayette St. in Cape May.

In addition to being a businessman with lumber yards in Philadelphia and Columbia, Lancaster County, Smith was an abolitionist and agent of the Underground Railroad.

Chicken Bone Beach, also known as Missouri Avenue Beach, was once a segregated beach for Black people in Atlantic City. Though prior to 1900, Atlantic City was desegregated and Black and white residents were able to share the same beaches and use the same businesses, visitors from the Jim Crow South encouraged business owners to exclude Black residents, pushing them to one small section of Atlantic City.

Timbuctoo is a historic community in Westampton Township, Burlington County. First settled by African American men in 1826, lands purchased in the area were primarily held by formerly enslaved and freed people in New Jersey. The area was mostly lost to history until 2009, when a group of archeologists from Temple University began a research project to recover information about Timbuctoo and its people.

Currently, the Timbuctoo Cemetery is much of what is known about the community's historic past.

The Peter Mott House is a museum and renovated station along the Underground Railroad in Lawnside, Camden County. Preserved by the Lawnside Historical Society, the Mott House commemorates the life of Peter Mott, who fought his way to freedom in Gloucester County, purchased land to build his home, and lived there with his wife until their deaths.

Mount Peace Cemetery, also in Lawnside, was planned by African Americans in Lawnside as a place to bury the dead in their community. The organization who purchased the land went bankrupt at the turn of of the 20th century, and the burial grounds fell into disrepair until the 1970s, when restoring and preserving it turned into a widespread community project.