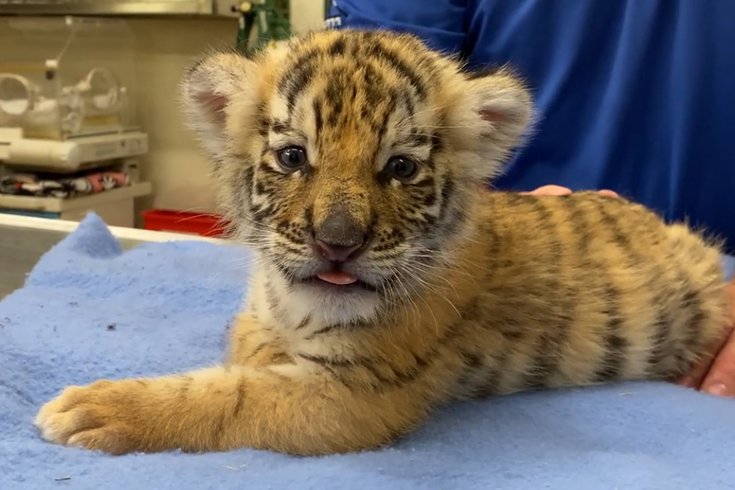 A litter of five Siberian tiger cubs was born at Six Flags Great Adventure. Visitors can see the cuddly cubs and their mother at the New Jersey theme park's Wild Safari.

A Siberian tiger at Six Flags Great Adventure in New Jersey gave birth to five cubs – a litter equivalent to 1% of the endangered species' population in the wild.

The large litter is quite uncommon for Siberian tigers, which typically give birth to two to four cubs.

Siberian tigers are the largest cats in the world, averaging 11 feet in length. They are one of six tiger subspecies remaining, but there are only about 500 of them left in the wild, according to National Geographic. 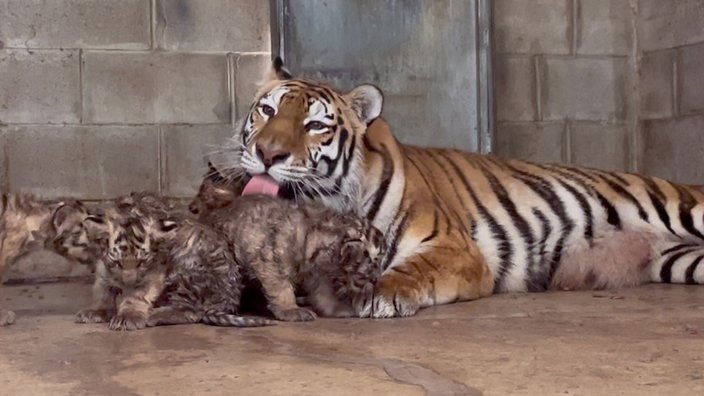 Siberian tigers primarily live in eastern Russia, but also can be found in portions of China and North Korea. Their population is threatened by habitat loss and poaching, and they have a grim 50% survival rate in the wild.

The cubs were born to a tiger named Nadya on May 2 at Six Flags Wild Safari. The litter included one male and four females, doubling the park's Siberian tiger population. 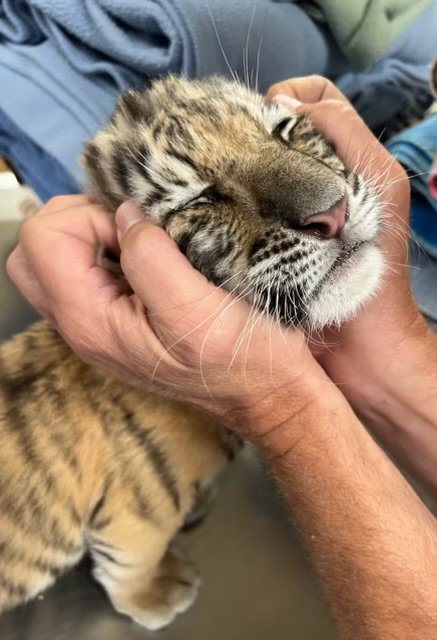 The adorable cubs recently underwent their three-week health checkups. Four of them weighed 6 pounds, a healthy amount. One of the females weighed just 2 1/2 pounds.

Although the little girl's weight is typical for a tiger's birth weight, she has spent some time on an incubator and was bottle fed around-the-clock. She is currently thriving, Six Flags vets said. 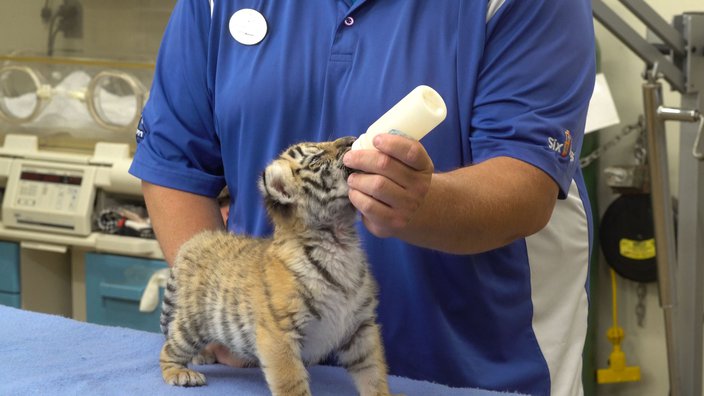 The other four cubs can be seen in the coming weeks in the Tigris Asiana section of the Wild Safari Drive-Thru Adventure.

Visitors also can get a unique view of the cubs and their mother by taking the park's VIP Giraffe Encounter tour, in which guests ride open-air trucks through seven portions of the Wild Safari, or by purchasing tickets to the Safari Overnight Campout being held July 15-16. 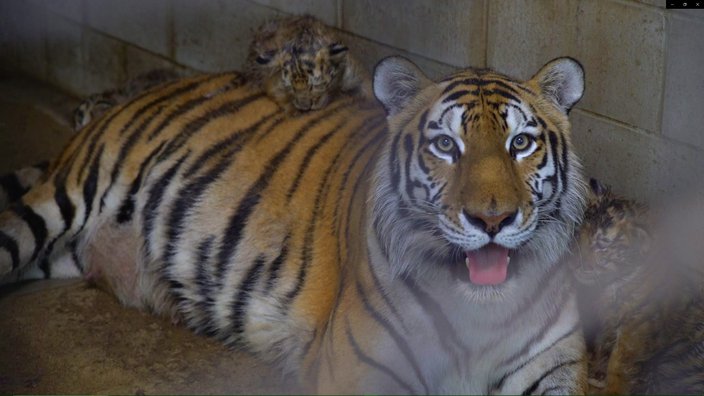 The cubs' mother, Nadya, was raised in the park's Wild Safari alongside an African lion. The litter was Nadya's third at the park.

It has not yet been revealed whether the five newest additions to Nadya's family will join the "team" by continuing the tradition of bearing the names of U.S. soccer stars.