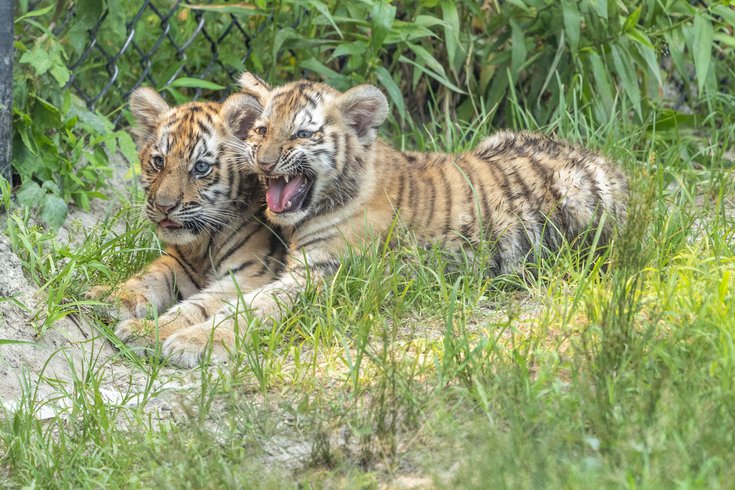 Great Adventure's Siberian tiger cubs, Julie and Heather, are expected to grow as large as 500 pounds.

Six Flags Great Adventure is making a tradition of naming its new tiger cubs after soccer players on the U.S. Women's National Team who have local ties.

The 10-week old cubs were born to mom Nadya, who last year gave birth to another female cub that was named for Delran-native and two-time Women's World Cup winner Carli Lloyd.

Ertz has starred for the USWNT since 2013, including playing midfield for the World Cup winning teams in 2015 and 2019. Last year she was named U.S. Soccer female player of the year. Originally from Mesa, Arizona, Ertz is married to Philadelphia Eagles’ Pro Bowl tight end Zach Ertz.

Mitts Feeley also worked as a sideline reporter for Philadelphia Union games. She is from Cincinnati and is married to former Eagles’ quarterback A.J. Feeley, who played in Philly from 2001-2003 and 2006-2008.

Wild Safari's cubs Julie and Heather weigh 15 pounds now, but they will grow to more than 500 pounds. Siberian cats are an endangered species, and fewer than 500 are believed to be left in the wild, Six Flags Wild Safari said.

The cubs can be visited in the Tigris Asiana section of the Wild Safari Drive-Thru Adventure, which reopened to the public in May after being closed due to the COVID-19 pandemic.