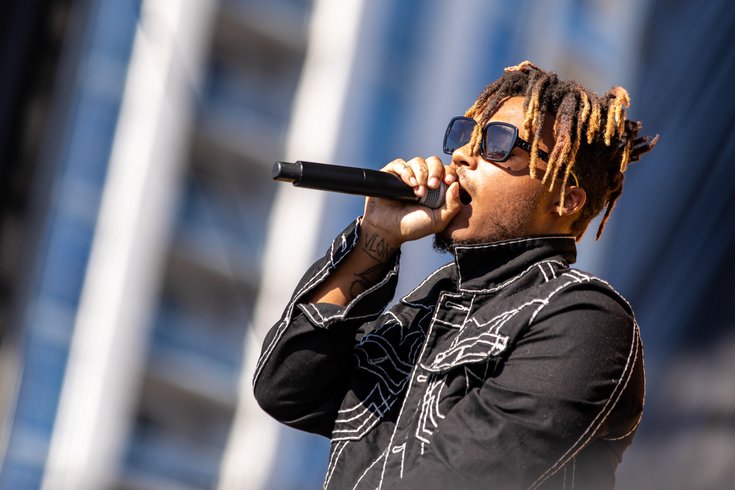 The Chicago rapper's third studio album begins with a heartfelt speech from the late artist, who died of an accidental overdose on codeine and oxycodone in December. He discusses anxiety and substance abuse before ending with a hopeful message to his fans. "I wanna tell you that you can do anything you put your mind to, period," he says.

The 21-track album includes the singles, "Life's a Mess," featuring Halsey, and "Tell Me U Luv Me," featuring Tripe Redd. Marshmello also shines with collaborations on "Come & Go" and "Hate the Other Side."

It also features, "Righteous," Juice WRLD's first posthumous single as the lead artist. The song peaked at No. 11 on the Billboard Hot 100 chart in May.

The rapper, born Jarad Anthony Higgins, had been working on numerous projects prior to his death. His family announced plans in January to compile a collection of the previously unreleased tracks into an album.

Several artists have released singles featuring Juice WRLD since his death. He is featured on Eminem's "Godzilla," which hit No. 2 on the Billboard Hot 100, and YNW Melly's "Suicidal," which ascended to No. 20.

The rapper rose to fame in 2018 with his debut album,"Goodbye and Good Riddance," which peaked at No. 6 on the Billboard 200 chart. His second album, "Death Race for Love," hit the No. 1 spot after its release in 2019.

Listen to "Legends Never Die" below.