N.J. judge to sexual assault victim: Did you 'block your body parts? Close your legs?' 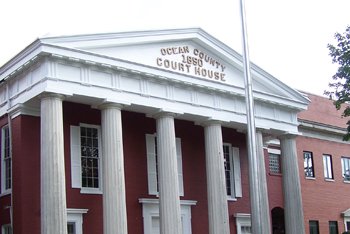 A New Jersey judicial board has filed a complaint against a Superior Court judge for badgering a woman by asking her what she could have done to prevent a sexual assault.

The complaint, filed Monday, includes a transcript from a May 2016 hearing in Ocean County, during which a woman was requesting a restraining order from a man alleged to have verbally and physically abused her, threatened to burn her house down, stole from her, threatened to take their daughter away if she ever left him and forced her to have sex with him against her will.

Judge John F. Russo Jr. was presiding over the hearing. He asked the woman multiple times to describe what happened during the sexual assault. During cross examination, the defendant’s attorney asked her if, considering her time working as a dancer, she was able to assert herself "against unwanted sexual advances."

"I guess so," she replied. Unsatisfied with her answer, Russo began his own line of questioning in which he asked how she might have prevented the attack.

In the complaint, the New Jersey Advisory Committee on Judicial Conduct says Russo assumed the role of the defense counsel, asking questions that were irrelevant to the woman's request for a restraining order. Russo was "discourteous and mistreated the victim," the complaint states.

The complaint also details other alleged judicial misconduct by Russo, including using his office to reschedule a hearing to better suit his personal interests and not recusing himself from a case in which he had a clear and stated conflict of interest.

Russo has been on paid administrative leave since last year due to a separate matter. His attorney, David Corrigan, told the Associated Press that Russo looks forward to a public hearing in which he'll have a chance to respond to the allegations.

Russo has 20 days to respond to the complaint.