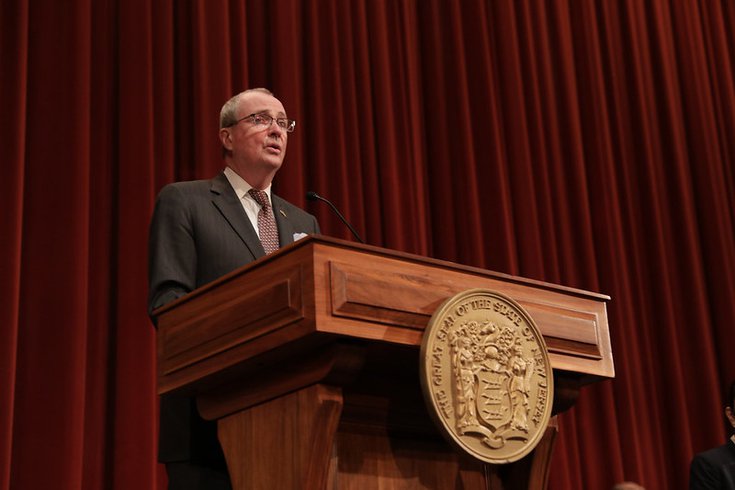 “We’ve made it clear that New Jersey will be second-to-none in enacting vital reforms to promote transparency and boost public confidence in law enforcement,” New Jersey Gov. Phil Murphy said.

New Jersey Gov. Phil Murphy has signed into law two more pieces of legislation and an executive order that he says will help improve police transparency and trust between law enforcement and local communities.

Every uniformed state, county, and municipal patrol law enforcement officer is now required to wear a body camera, but it will be subject to the amount of funding provided by the state legislature.

Officers who are working undercover assignments, meeting with informants, or performing administrative and non-uniformed duties are exempt from the mandate.

The body cameras worn by officers must be activated when responding to a service call or when initiating a law enforcement or investigative encounter.

If the camera cannot be immediately activated, officers will be required to turn it on at the first opportunity to do so. They will then need to notify subjects that the camera is on, and the camera can be deactivated under certain conditions if a subject requests so.

Body-worn cameras can only be in limited use while officers are at schools, at medical facilities, and at houses of worship in order to protect the privacy of civilians.

An executive order signed by Murphy will establish a working group that will be tasked with providing recommendations to the governor and Attorney General Gurbir Grewal over how to best facilitate statewide implementation of body-worn cameras and identify any barriers to doing so.

The requirement of all uniformed state, county, and municipal patrol law enforcement officers to wear body cameras is New Jersey’s latest effort at police reform in 2020.

“We’ve made it clear that New Jersey will be second-to-none in enacting vital reforms to promote transparency and boost public confidence in law enforcement,” Murphy said.

“Body worn cameras are a wise all-around investment in public safety that not only redouble our commitment to transparency and accountability, but also ensure that members of law enforcement are equipped with an important tool to help them carry out their sworn duties."

The attorney general signed a directive in June requiring all state, county, and local law enforcement agencies to publish an annual list of officers who had been fired, demoted or suspended for more than five days due to a disciplinary action. It also ordered each agency to release its first list by the end of the year.

New Jersey officials also are seeking to implement the licensing of all police officers and update the state's use-of-force policy for the first time in two decades.

"We are in the midst of a national reckoning on racial justice, which has highlighted a lack of trust between law enforcement and many of the communities we serve," Grewal said.

"Since day one, we have been committed to rebuilding and strengthening that trust, and we know that body worn cameras are an important tool in those efforts. They encourage professionalism, promote better interactions between police and the public, and have been universally welcomed by agencies across our state.”