The drug cocktail acts similarly to the 'date rape drug' 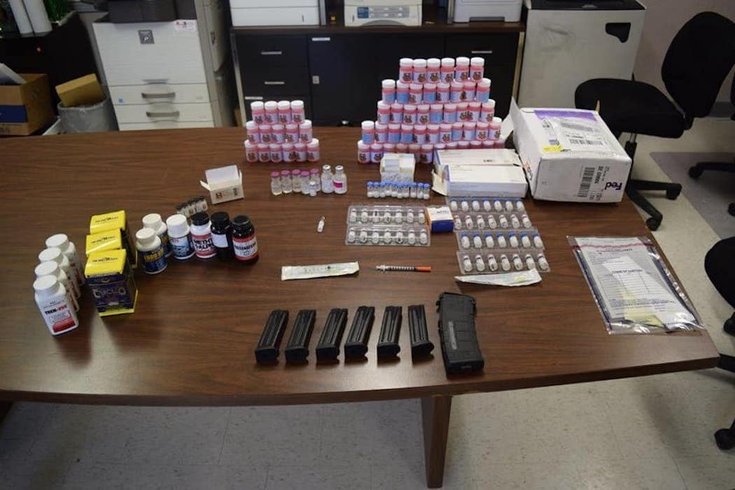 Fairfield Polie Department's findings after their raid of Nutrition Zone.

Police raided a supplement store on Thursday in New Jersey and seized bottles of a “Catnip Cocktail” related to a string of bizarre cases where people apparently got high off the drug used to sedate cats.

John Sirico, 48, of Tafton, Pennsylvania, is the alleged mastermind behind the catnip caper at the Nutrition Zone in Fairfield, Essex County, according to police.

In the raid, police said they found "61 bottles of the Catnip Cocktail, 29 bottles of human growth hormone, drug mixing agents, along with seven high-capacity handgun and rifle magazines," NJ.com reported.

“It seems quite suspicious to me that an individual looking for something to sedate a cat with would come to a Nutrition Zone and not a veterinarian, to purchase a product that wasn’t even advertised or on display for the public to see,” Fairfield police Chief Anthony G. Manna said in a statement, NJ.com reported.

In a Facebook post announcing Sirico’s arrest, Fairfield police reported the Catnip Cocktail was first brought to their attention in July 2018 when officers were called to investigate “an individual who was dancing, yelling and generally acting abnormally in front of a hair salon in the same strip mall where the Nutrition Zone is located.”

Last week, police had to administer the opioid-antidote Narcan to revive an unresponsive man outside a gym who was also found with a bottle of Catnip Cocktail, according to the department.

Despite its name, Catnip Cocktail is not the plant commonly grown in gardens for cats. When metabolized by humans, the drug becomes similar to GHB — or gamma-hydroxybutyrate, often referred to as the “date rape drug” — police said.

Sirico faces multiple charges, including possession of a Schedule 1 drug, possession with intent to distribute, and possession of drug paraphernalia, according to the New York Post. He was remanded to the Essex County Jail pending a hearing in Superior Court in Newark.