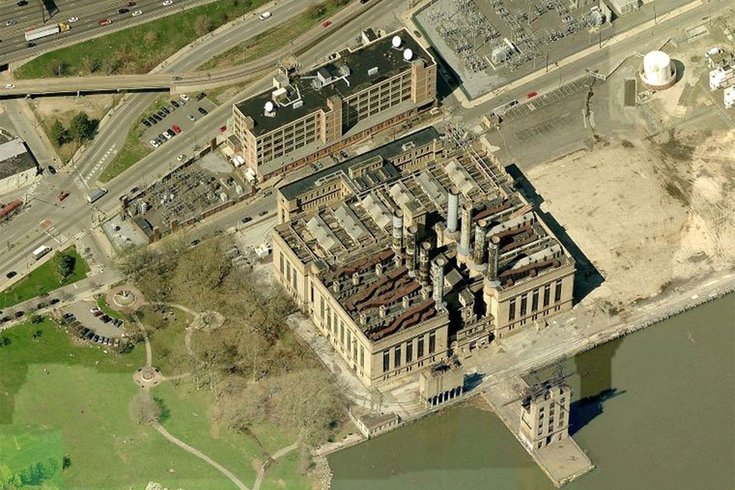 Bing Maps of the Delaware Property

The former Delaware Station electric plant, along with 1,000 feet of Delaware River frontage and a pier, is on its way to becoming two boutique hotels - with separate ballrooms.

Volpe, who owns Cescaphe Event Group, an events planner that does more than 600 wedding receptions annually, has grand visions for the property at 1325 Beach St., right off 1-95, adjacent to Penn Treaty Park

Blatstein is the developer responsible for many new developments that helped revive older sections of the city — such as the Piazza at Schmidt's in Northern Liberties. He calls the space a "one-of-a-kind property."

Blatstein and Volpe have not disclosed the price of the property, saying the sale is still in the process of closing.

Binswanger of Pennsylvania handled the sale for Exelon. According to its website, the single property has three sections: a 5.1-acre site that houses the 300,000-square-foot power plant, a 4.37 undeveloped parcel that is currently leased as a parking lot, and a 1.03-acre parcel housing power generators. The property extends into the river, directly north and south of the pier.

Robert Judge, an Exelon spokesperson, said a sales agreement has been executed, but he would not disclose the identity of the buyer or the price, Philly.com reported.

Blatstein and Volpe have worked on several projects already — including Cescaphe Ballroom on 2nd Street in Northern Liberties.