Route 49 service begins on Sunday after years of planning 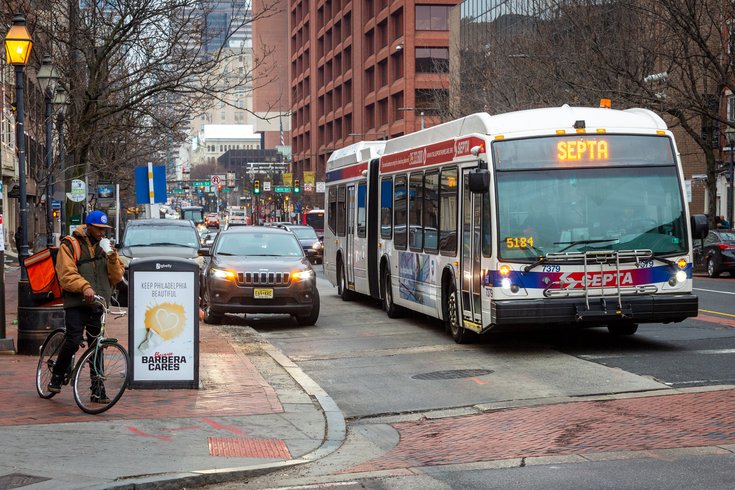 A SEPTA Bus on Market Street in Old City.

A new SEPTA bus route is aiming to address the city's commuting problem.

SEPTA will begin service on Route 49 on Sunday, Feb. 24, after years of community meetings and planning to get the route greenlit.

The first new route in decades will start in Strawberry Mansion then travel down 29th Street into Brewerytown, Fairmount, and onto the Benjamin Franklin Parkway. Then it will take Market Street west to University City, finally ending up on Grays Ferry Avenue in South Philadelphia.

Route 49 was created in order to address travel concerns from commuters in neighborhoods like Strawberry Mansion, Brewerytown, and Fairmount who may work in University City or need access to the Regional Rail at 30th Street Station.

The route also will stop along attractions on the Parkway like the Philadelphia Museum of Art, the Rodin Museum, and the Franklin Institute. It will service Eastern State Penitentiary, 30th Street Station, Children's Hospital of Philadelphia, Hospital of the University of Pennsylvania and the Grays Ferry Shopping Center.

"The creation of Route 49 aims to address a north-south gap that exists in the current transit network. This new service will reduce travel times to University City, from nearby neighborhoods," SEPTA said in a service announcement.

Here's where you can find a full timetable and see all of the stops.