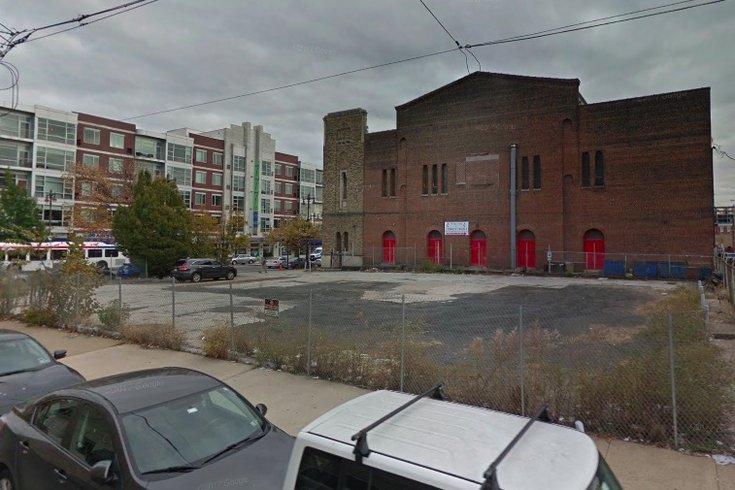 The empty lot at Broad & Fitzwater Streets where $2 million townhouses could soon exist.

The ever-inflating real estate prices in Graduate Hospital and adjacent neighborhoods may soon get another hit with townhouses proposed for Broad and Fitzwater streets that would list for about $2 million.

The currently vacant northeast corner would consist of 10 total townhouses, each between 4,000 and 5,000 sq. ft. New York-based Heights Capital Partners is the developer behind the project. OCF Realty would serve as the realty partner.

According to reports, work on the townhouses is expected to begin this fall. The houses will offer the fixings of a wealthy city yuppie's dreams: four bedrooms, roof deck, garage.

The intersection is on the border of the Graduate Hospital neighborhood, which extends from the Schuylkill River to Broad Street and from South Street to Washington Avenue, and the pocket of Hawthorne, which qualifies as Broad and to 11th, from South to Washington.

Though pricing throughout different pockets of the neighborhoods can vary, a 2016 Pew Charitable Trusts study reported the Graduate Hospital area as one of the top gentrifying regions in Philadelphia, the median household income jumping by 64 percent in the area near the proposed townhouses. Throughout the rest of Graduate Hospital, median household income doubled in that time.

A more recent report also found that the 19146 zip code, which encompasses Graduate Hospital, Point Breeze, and Grays Ferry, as one of the 10 neighborhoods most impacted by gentrification in the entire country. The proposed nearby townhouses signal the spread of that gentrification past Broad Street.

This is not the first flashy new development to hit South Broad Street in recent months. On Broad and Washington, Lincoln Square, the nine-story apartment complex with rents ranging from $1,290 to $3,225, is now pre-leasing.

Nearby, at 21st and Washington, the Frankford Chocolate Factory is being considered for a mixed-use space consisting of homes and retail. A block away, at 22nd and Washington, OCF founder Ori Feibush also plans to create 100 new apartments, and 14,000 sq. ft. of retail, in the Joseph E. Biden Sales Corp. building.