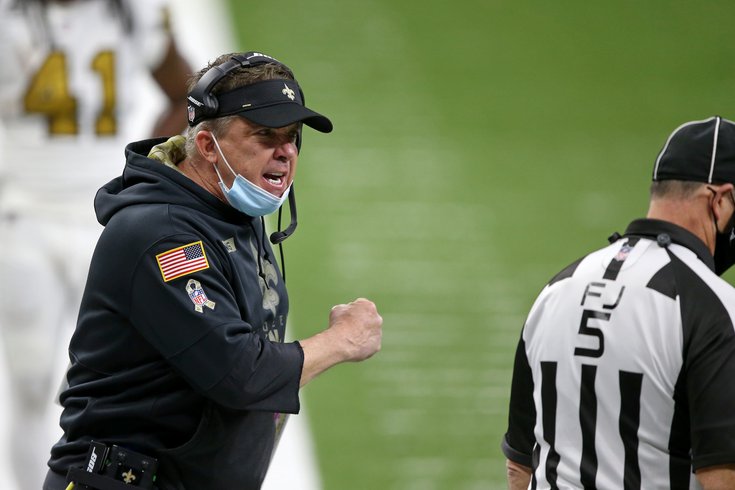 Sean Payton is going to lobby for the removal of the NFL's salary cap this offseason.

And then there were two. With the Green Bay Packers and Tampa Bay Buccaneers advancing on to the NFC Championship Game, the Los Angeles Rams and New Orleans Saints saw their seasons end over the weekend. Let's start with the obits.

Saints: Since Drew Brees signed in New Orleans in 2006, the Saints have had nine top five finishes in points, and 10 top five finishes in yards, never finishing worse than 12th in either category in any one season. They have been as dominant an offense as any team in the NFL, and yet, despite their year-after-year consistency, in 15 years with Brees as their quarterback, the Saints somehow only made it to the Super Bowl once. (At least they did win it that one year.)

During that span, it's not even as if there was this one dominant team that just kept getting in the Saints' way, as 10 different NFC teams -- the Bears, Giants, Cardinals, Packers, 49ers, Seahawks, Panthers, Falcons, Eagles, and Rams -- all appeared in at least one Super Bowl.

The present day Saints almost kind of remind me of the Atlanta Braves during their 15-year run from 1991 to 2005, in which the Braves made the playoffs 14 out of 15 years, but only ended up with one World Series Championship to show for it. Of course, those Braves teams did make it to World Series four other times, so maybe the Saints are like a bootleg version of them. Is there a word for repeatedly falling short of expectations, and shriveling in big moments, Sean Payton?

Anyway, the Saints' run, which fell short so, so, so many times -- and even had a reprehensible scandal in which they paid players to purposely injure opponents along the way -- is now probably over.

As you're all probably aware, it has been widely speculated that Drew Brees played his final game in the NFL on Sunday night. If they don't find a new quarterback this offseason, the Saints will be rolling either with turnover machine Jameis Winston, or Taysom Hill, who, let's be honest, isn't a real starting NFL quarterback. So there's that.

But perhaps even more importantly, the Saints' salary cap situation is the worst in the NFL. Actually, as Jason Fitzgerald of OverTheCap.com put it, "It has to be the worst salary cap position a team has ever been in." 😬

They are going to have to cut a number of key contributors this offseason, while also kicking the can down the road by restructuring a slew of others. It's going to be a multi-year fix in which the team can't get better through free agency, and hang on, let me see how many draft picks the Saints have this year... (googling)...

Three! The Saints have three draft picks this year (before comp picks are doled out), and they'll be picking 28th in the first round.

You really gotta feel for them.

Rams: After the Rams' loss to the Packers on Saturday, Sean McVay was asked if Jared Goff is his quarterback, and he gave the dreaded non-answer.

As he should. The Rams had the No. 1 defense in the NFL, and they still realistically had no shot once they made it to the divisional round, because the field of remaining quarterbacks included guys like Patrick Mahomes, Aaron Rodgers, Josh Allen, Tom Brady, Lamar Jackson, Drew Brees, and Baker Mayfield. In other words, no matter who they played the rest of the way, the Rams were going to have the lesser quarterback, and in most cases, by a wide margin.

Ultimately, the Rams had a decent season. The went 10-6, and had a point differential of +76. In a way, they almost sort of overachieved, in that nobody would have predicted them to finish first in the NFL in both points and yards allowed. And yet, they were as non-threatening of a divisional round opponent as a team like the Packers could have asked for.

Going forward, the Rams have now lost their defensive coordinator to the Chargers, and Goff will probably be back with the Rams in 2021, because, I mean, what else are they going to do with him? 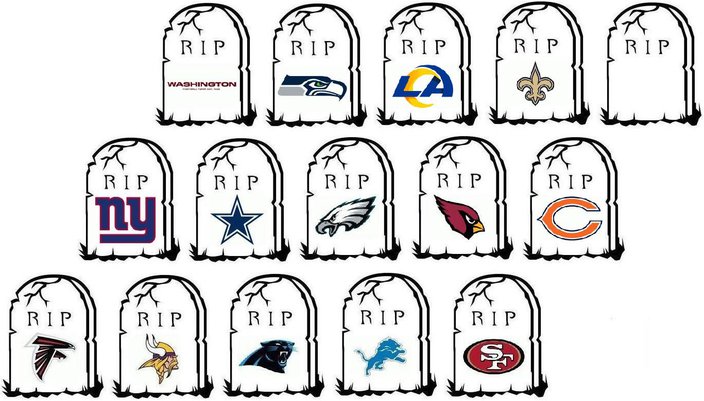 1) Packers: But so are the Packers. For the love of God, Aaron Rodgers, please keep Tom Brady out of the Super Bowl, for all of us. Thanks in advance, pal.