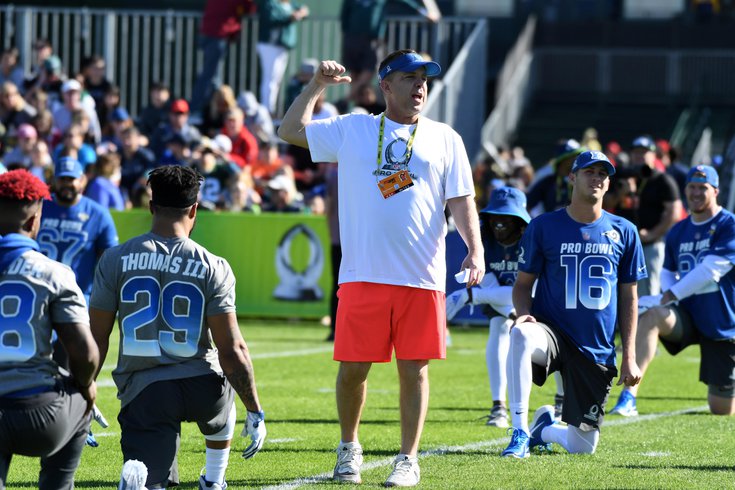 Sean Payton offers $500 to anyone who can knock an AFC player out of the Pro Bowl with a concussion.

The NFL regular season is in the books, and now the real fun begins, for 14 teams around the league and 7 in the NFC. We have one new obituary, the New Orleans Saints.

The Saints were a very weird team during the 2021 season. They went 3-0 against the Buccaneers and Packers, and outscored them 73-30. On the other hand, they lost to teams like the Giants, Falcons, and Panthers.

They also dealt with a lot of oddball circumstances. They were displaced by a hurricane, they had an absurd number of injuries, they experienced a COVID breakout that crippled their roster in a crucial late season game, and they started four different quarterbacks.

And yet, they went 9-8 and nearly made the playoffs anyway.

They'll have major challenges off the field during the offseason as well, like they did a year ago, as they remain in worse cap shape than any other team in the NFL. Last offseason, they lost Drew Brees to retirement. This offseason, they may lose star defensive coordinator Dennis Allen to a head coaching job.

To be clear, nobody feels bad for teams like the Saints or the Seahawks, who seem to be making slow transitions from perennial Super Bowl contenders into... not Super Bowl contenders. For now, they're on the outside looking in, so I guess we'll have to wait and see who Alvin Kamara thinks the Saints would have "beat the shit out of" if they had made the playoffs. Which again, they didn't. 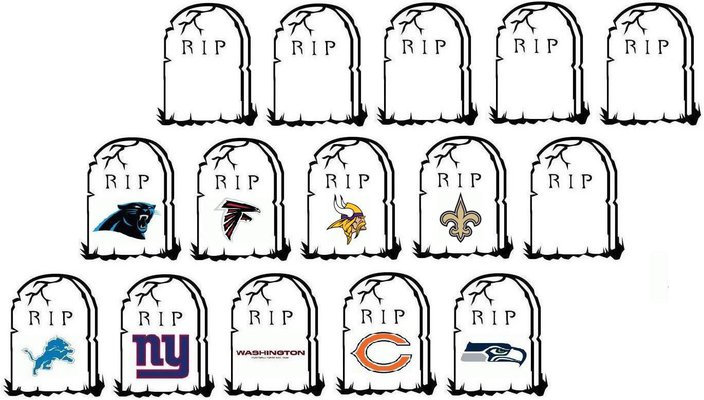 7) Eagles (9-8): It wasn't that long ago — barely more than 13 months — that Carson Wentz was in the midst of a disastrous season, going 3-7-1, before being pulled during a game against the Green Bay Packers in favor of Jalen Hurts, who provided a spark, earned the opportunity to start another game, and then beat the 10-2 Saints in his NFL starting debut.

During that game against the Packers, Wentz admitted that as he stood on the sidelines at Lambeau Field after being pulled, he questioned whether his future was in Philly.

Here was a guy who was statistically the worst starting quarterback in the NFL, who had recently signed a $128 million contract extension, and one of his first thoughts after rightfully being benched was something like, "Welp, gotta get out of here."

Numerous reports emerged that Wentz's relationship with Doug Pederson became fractured. Pederson was subsequently fired, though that wasn't necessarily just because of Wentz. After the hiring of Nick Sirianni to become the team's new head coach, Wentz reportedly still had issues with the organization, and no longer wanted to play in Philly.

Ultimately, if the Eagles didn't want to trade Wentz, they wouldn't have traded him. But they did. At the time, the trade was rightfully viewed as an organizational failure, across the board. The Eagles, as an organization, failed to get the most out of Wentz, and they were willing to take on an unprecedented dead money hit of $33,820,611 on their 2021 salary cap to facilitate his exit. Meanwhile, Wentz finished his career in Philly with nine career snaps played in the playoffs, and after just one losing season, in which he was objectively and undebatably bad, successfully whined his way out of town without even a hint of personal accountability.

In the end, the Eagles got a first-round pick and a third-round pick for a player that they tried to go above and beyond to make happy. In his new home in the Midwest, where the "culture and values" fit his vibes, Wentz got to play with a coach credited for being able to get through to him in Frank Reich, and the Eagles were left with a seemingly less talented quarterback in Hurts that the Eagles themselves tried to upgrade on throughout the 2021 offseason.

Hurts and the Eagles will be competing in the playoffs next Sunday, while Wentz won't, mainly because he stunk in the Colts' final two games of the regular season. The Eagles also have the Colts' first-round pick in the process.

Credit the Eagles for moving on. It was no doubt an extraordinarily difficult decision, given the time, resources, and emotion that had built over time with a player they thought was the face of their franchise. It's hard to come to realization that the player you once thought was a winner... isn't. But they obviously recognized that, acted on it, and shipped him off to go wreck some other team's otherwise promising season. It was the best thing they did in 2021.

We’ve got a tie game in LA folks. #FTTB

The Niners don't have a legitimate playoff quarterback, but I think their style of play will be a tough matchup for the Cowboys in the first round.

4) Rams (12-5): The Rams had a "win and lock up the division" game in Los Angeles that ended up being more like a road game.

Matthew Stafford: "It was a tough environment for us to communicate in, really the entire second half."

The Rams were at home.

Somehow this city has two teams.

3) Cowboys (11-6): Week 16: The Cowboys put 56 on the board against a depleted Washington Football Team, and whoa baby this team is scary.

Week 17: The Cowboys lost to the Cardinals.

Week 18: The Cowboys put 51 on the board against the Eagles' practice squad, and whoa baby this team is scary.

2) Buccaneers (13-4): Yes, the Buccaneers' offense was scarier with Chris Godwin and Antonio Brown, but we've seen Tom Brady win title after title with average receivers. Someone else will turn into an All-Pro out of nowhere.

The Packers on the road during the regular season: 5-4, -32 point differential.