Week 16 NFL betting advice: Take the under in Eagles vs. Cowboys and more 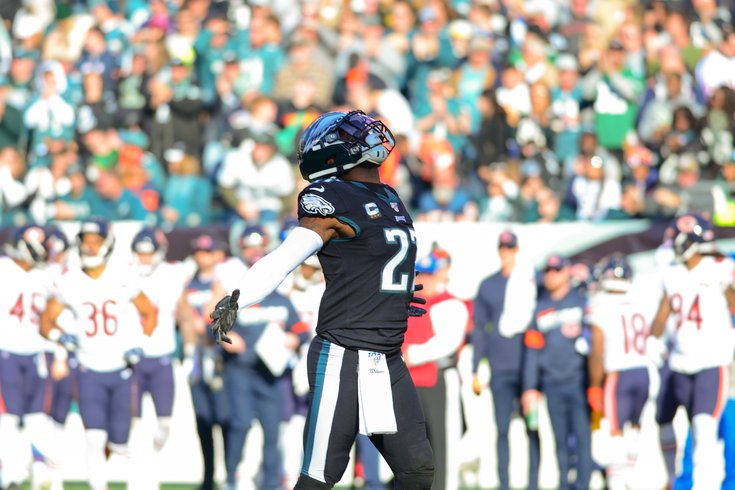 What is the line telling you: Oddsmakers offshore opened this line with Dallas being a small one-point road favorite over Philadelphia, with a combined total set at 47.5. We immediately witnessed an overreaction in the market based on the Cowboys lopsided victory over the Rams last week.

The Vegas spread moved to as high as Dallas minus-3 by Wednesday morning and that's when the sharp money got involved and started to buy up all the plus-3s on the Eagles they could find.

The wiseguys also sent out purchase orders on the under-47.5 and 47, which forced the books to adjust their price to as low as 45.5 on the total at some of the sharper offshore betting houses. The widespread available line on the total is basically floating around 46/46.5 across your betting screen.

The current ticket count from behind the counter offshore and in Vegas is no surprise: Dallas is garnering over 75% of all tickets punched. The recreational public is all over the Cowboys this week while the sharp money has taken a position on the home underdog at plus-3.

Last week, it took a miracle for the Eagles to cover the spread against a real bad Redskins team that has the third-worst point differential in the NFL, so there's no way you should invest any type of money on this Philly team vs. a much better Cowboys squad. But we did get involved on the under-47 and still think you can find some value going under 46.5 in this game.

The first time these two teams faced each other, the Eagles were only able to muster up 10 points of total offense in Dallas, while the Cowboys scored 37 points off of four turnovers in a blowout.

Bottom line: Expect a much lower scoring game this time around as the Eagles defense is healthier and plays much better at home than on the road. There are also some question marks about the health of Dak Prescott this week. Bet the Under 46.5.

What is the line telling you: Sports books hung a hard 3 on the Steelers over the Jets this week and so far there's been minimal movement on the side, but we have seen some wiseguy money attack the over/under, which forced a 1.5 point downtick in the market off that opening price of 38.5.

The current Vegas spread is Pittsburgh minus-3, with a combined total sitting patiently at 37.

We like Pittsburgh here, even though it is the road team and this line is slightly inflated. This Jets team really has nothing left to play for and even though their defensive metrics look strong this year, over recent play, they're giving up an average of over 28 points per game and they haven't been able to beat a team with a winning record this season — unless you count the Cowboys, who were 3-2 at the time but at 7-7 no longer own a winning record.

The Steelers, on the other hand, boast one of the best defenses in football that has been giving up an average of just 15 PPG over their last six games and are coming into MetLife Stadium off a tough loss to Buffalo with a shot at still making the playoffs.

Bottom line: Bet the Steelers on the money-line and minus-3.

What is the line telling you: You learn over the years that some of the hardest bets to make usually cash the easiest and this may be another one. Oddmakers opened the Saints as 1-point road favorites over the Tennessee Titans at Nissan Stadium, with the combine total set at 51. We quickly saw an influx of heavy money enter the market on both the side and total.

As of right now, the Saints are 2.5-point favorites and the total has dipped to as low as 49.5/50 at a few sports books on your screen.

The Saints here coming off that huge emotional blowout win over the Colts, where Drew Brees was basically perfect completing 29 out of 30 passes and four touchdowns to break Peyton Manning’s all-time TD record.

Bottom line: Bet the Titans plus-3 and the under 51 or 50. Both team’s defenses rank in the top 15 in opponent PPG and opponent yards allowed. Tennessee is still in the playoff hunt and this game is basically its Super Bowl, so expect max effort at home versus a team that might be feeling too good about themselves.