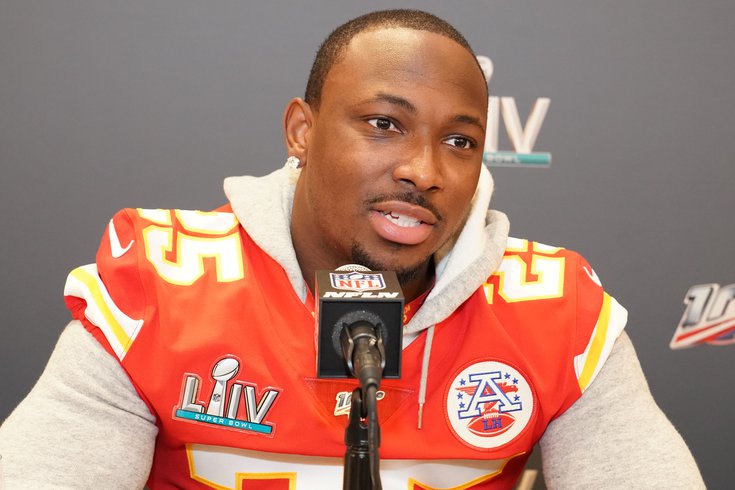 It's not a stretch to say the Eagles have avoided upgrading (or addressing altogether) the offensive side of the ball so far this offseason.

While the squad is in desperate need of help at wide receiver, they are also painfully thin at running back. Adding a veteran RB is a very likely transaction for the Birds to make before training camp (whenever that is), and we've already detailed LeSean McCoy's hinting at a possible return.

McCoy didn't suit up as one of the active 46 on Super Bowl Sunday but he did win his first championship ring as a key contributor for a Chiefs team that suffered some injuries in its backfield. Earlier this weekend the Eagles' all-time leading rusher said he wants to come back to the NFL to play for at least two more years. A return to Philadelphia could be a perfect fit.

"I'm just waiting for the right moment," the 31-year-old said in a Sirius XM interview (h/t ESPN). "This stuff is tricky now, because there's no visits. There's no real activities with the teams as much as it used to be. The thing I can control is just making the right choice, going to an offense that fits. I want to go to a team that's a winning franchise that have all the right pieces that's waiting for me. That veteran running back to help the room out. To add a spark. The teams I'm looking at right now are those teams. I won't discuss who they are. I look forward to probably after the draft or right before the draft, signing on with a team."

The Eagles are a winning franchise. They definitely could need a spark (though who couldn't?). However, the former Eagles second round pick did make another comment that suggested Philly was his desired destination.

"If I could be that guy to help that young superstar to emerge into that superstar superstar, I would love to do that," he said.

Miles Sanders broke through during the back end of his rookie deal last year and is currently at the top of the depth chart. He's about as close to a superstar as a rookie running back gets. Another inexperienced fan favorite is also slated to return to Philly in Boston Scott. The duo, along with the third RB currently on the Philadelphia roster Elijah Holyfield could certainly stand to benefit from having McCoy in the running backs room.

The Eagles are no strangers to reunions, especially in recent history as they brought back former McCoy teammates DeSean Jackson and Vinny Curry last year, and Nick Foles a few years before that among others.

Beyond McCoy, Devonta Freeman, Lamar Miller, Chris Johnson, Carlos Hyde and Theo Riddick highlight a field of available backs with some high name recognition. Whether the Eagles opt for one of those — all younger than McCoy — or if they go for a player with a worse track record like Jarvorius Allen will be interesting to see.