Will Howie Roseman land the Birds the All-Pro cornerback their defense desperately needs? 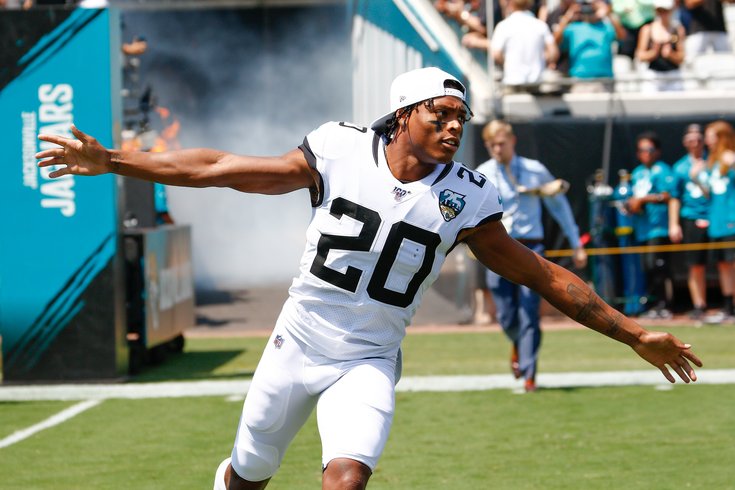 Jalen Ramsey, shown here practicing his impersonation of an eagle, for when Howie Roseman pulls the trigger on a trade for the Jacksonville Jaguars cornerback.

Jalen Ramsey will play a football game with the Jacksonville Jaguars on Thursday night. If one NFL insider is correct, his next start could come in midnight green, in the same secondary as Malcolm Jenkins.

Peter King, of NBC and of the football world, shared an interesting tweet that's worth unpacking on Thursday afternoon:

The tweet definitely isn't nothing. King prefaces the entire tweet with the term "gut feel", likely because he hasn't heard these exact terms from specific front offices in the days since Ramsey requested a trade. But a reporter as plugged-in as King, who knows basically every human being connected to the NFL, doesn't just toss out speculation without having a certain level of knowledge.

The price feels just about fair, not too low so as to be random speculation but not too high so that Eagles fans (and, frankly, the Eagles' front office) would balk. A first-round pick seems like a guarantee. The question now will be what else is sent in a deal, either from the Eagles or from another team. A player will also likely be involved, since the Jaguars are still a football team, ostensibly still with postseason aspirations considering it's only Week 3.

I'm told Jalen Ramsey is fine playing TNF tonight, but a source just told me he doesn't anticipate being a member of the #Jags next Sun. Teams like KC, BAL, MIN, OAK, PHI, SEA hv all made substantive inquiries, but my understanding is almost every team has at least placed a call.

Nothing in that tweet is surprising, though it does back up the general consensus that Ramsey will be out of Jacksonville between Thursday's game and Week 4.

In my opinion, which is far less important than Jimmy Kempski's opinion, this price is just right for Howie Roseman to pull the trigger.

The Eagles desperately need cornerback help if they want to make a run at a second Super Bowl in three years. Ramsey turns 25 years old next month, is quite possibly the best cornerback in the league, and would immediately change Jim Schwartz's entire world for the better.

Also, here's some food for thought on trading for young talent:

If you asked me going into 2018 (would pick an edge rusher this yr) which player around the league I’d most want on the Eagles’ roster, it would’ve been Ramsey. Different eras, but the Eagles traded a 1st & 4th for a 26-year-old Jason Peters in ‘09. Jalen’s 24. #WhateverItTakes

MORE: Behind the scenes of 'Eagles Postgame Live,' where nothing is scripted and the arguments are real