Can Flyers recent former first round picks carry the team into next era? 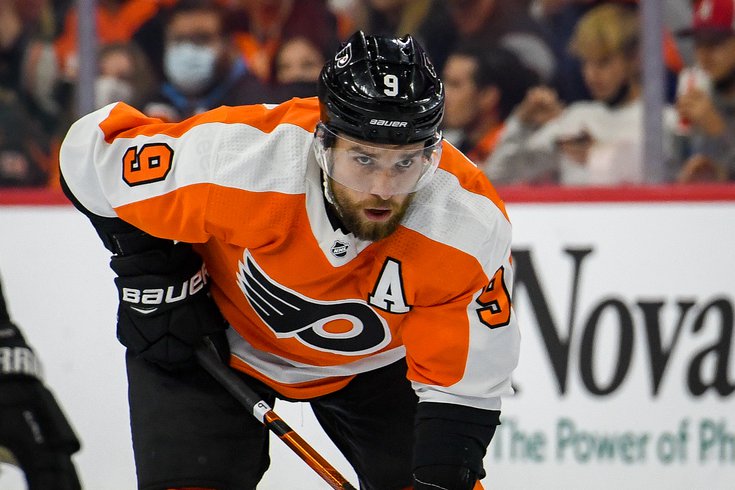 What does Ivan Provorov's future hold?

With the Flyers’ season becoming less about wins and playoff positioning and more about development with an eye towards the future, plenty of attention has fallen onto the likes of the organization's former first round picks.

Going back to the 2014 NHL Draft, there are currently six players taken in the highest round getting minutes at the top level. That includes Ivan Provorov, Travis Sanheim, Travis Konecny, Morgan Frost, Joel Farabee and Cam York, the latter two are currently out with injuries.

Moving forward, these players will be looked to carry the organization into the next decade of Flyers hockey. The question that will be asked this offseason, and potentially as early as the trade deadline, will be if these guys are going to be a part of the plan or if they've overstayed their welcome in the orange and black.

Let's take a look at the progress of each former first round pick and the likelihood they'll see the rebuild through.

Oh boy, this one has become a rather hot button topic amongst the Flyers community. It's become clear that something is just off with the 25 year old.

Mistakes have been piling up this season, a continuation of sloppy play that hindered his previous season as well.

He came out of the gates shortly after being taken No. 7 in 2015 and received top line minutes while living up to the expectation of being a reliable, bend-don’t-break defenseman. Yet, it seems his progress stalled sometime after the 2019-20 season, lining up with the departure of Matt Niskanen.

Ivan Provorov's regression over the past few weeks -- specifically with the puck on his stick -- has been really concerning. Not that he was playing super well before that, but it's getting even worse.

Provorov’s issues along with the injury and ensuing disappearance of Ryan Ellis have left the Flyers reeling at the blue line despite optimism that was built this offseason of a revitalization at the position.

I mean there is no easy way to say this, Ivan Provorov looks awful.

Among the former first rounders, Provorov’s future in the city likely will be tested as early as this March trade deadline. His name has come up in rumors and rightfully so. He'd fetch a pretty respectable return considering teams are always looking for young defensive help.

The problem is, the Flyers can't really afford to give up on blue liners when three out of six guys currently starting may very well be gone this offseason in Keith Yandle, Justin Braun and Rasmus Ristolainen. Would Chuck Fletcher really want to knock it down and build it back again less than a year after replacing half of his starting six?

My guess is that Provorov does stick around for the rest of the season but his name will pop up in trade discussions over the summer. The rising play of Sanheim and the first impression made by York surely have taken some of the heat off of Provorov’s sloppy play, but it still will be a difficult pill to swallow cutting bait with the Russian defenseman.

Ultimately I think Provorov will be on the top pair alongside Ellis at the start of next season because Fletcher placed a lot of emphasis on that duo being a major part of this team moving forward. I just don't see him pulling the rug out from underneath it despite the growing questions around Provorov.

Out of all of the players on this roster, there may not be a more important player to figure things out than Provorov getting right.

On the flip side, Sanheim’s resurgence as of late, particularly under interim coach Mike Yeo has been a welcomed sight for Flyers fans.

There arguably hasn't been a more consistent blue liner over the second half of games than Sanheim. The 25-year-old hasn't been immune to mistakes, but he also isn't letting them pile up like he had in years prior.

6th amongst ALL @NHL Dmen in EV production over that time. #Flyers #NHL

What's become more noticeable since the new year is his offensive play. Sanheim is tied with Provorov in points and leads all of Philadelphia's defensemen with 15 helpers. Nine of his points have come over the last 18 games since the changing of the calendar.

A more offensively-free Sanheim is exactly what this team needs moving forward. His play warrants him being a continued building block for the future as he rounds into his projected second pair role.

He’ll continue to find his name in trade rumors but if it comes down to moving on from Provorov or Sanheim, my guess is the organization would feel more comfortable including the latter in the deal. If he survives the deadline, expect Sanheim to continue coming into his own and prove he was worth the first round selection.

Is time running out on Frost?

It's beginning to come to a head among the fanbase. Frost hasn't shown the offensive skill set that he possessed as a draft prospect, some of that has to do with the organization wanting him to focus more on becoming a two-way forward.

That in itself may be the issue for his underwhelming NHL career up to this point. That being said, the 22-year-old has shown growth in his two-way game but it's coming at a rather slow pace.

Frost has made 4-5 really good plays tonight; some of them subtle plays on either side of the puck, but a couple that created looks in the o-zone.

A second round pick, Isaac Ratcliffe arguably has shown more offensive skill in his limited time since being called up. That is why fans are growing doubtful that Frost will ever reach his potential.

I don't see how one can try to justify Frost's struggles to this point in the NHL. Can he figure out? Absolutely and, tbh, I wouldn't bet against him.

But to pretend that he has even come close to what some had projected him to be is flat out not accepting (current) reality.

Should Frost figure into the organization's plans moving forward? That remains to be seen as his name will be discussed ahead of the deadline but more likely, come summer trade talks. If Fletcher wants to put a package together for a proven player, a former first round pick whose shown enough flashes to keep his value afloat would suffice.

Considering he's among the only young forwards on this team likely to be moved and with enough interest, I do foresee Frost being included in an offseason deal to net a top six forward.

There is plenty to say about Konecny, who is someone that has quietly produced this season. Konecny leads the team with 23 assists and his third behind Claude Giroux and Cam Atkinson in points.

Yet, Konecny remains a frustrating figure among the fanbase as he was expected to be a much more prominent goal scorer than his eight goals suggest. Going back to last season, he has 19 goals over his last 99 games.

In the 26 games since Alain Vigneault was fired (12/5), Travis Konecny has amassed 20 points with 17 being assists. #Flyers

This downward goal scoring trend comes after piling up three straight 24-goal seasons in Years 2 thru 4. This is what has become the root of the problem when determining what exactly Konecny is and where he fits moving forward.

Ultimately, if he never regains that scoring touch, he’ll always be a reliable playmaker and a pesky player for the opposition.

While some fans would be fine moving on from him and his contract, there's always room on an NHL roster for those types of players and for a team that's lacking in the skill department, Konecny will always have a role in Philly.

He may never be a 30-goal scorer like so many anticipated, but you can't see his point totals and feel as though he's a hindrance to the offense. Outside of his contract and how that fits moving forward, there's no reason to believe Fletcher doesn't plan on having Konecny in his future plans.

With both of these guys currently sidelined, let's just discuss them together. After all, these two may be the safest bets for donning the orange and black among this group in the long term.

There isn't a whole lot of tape out on York yet but everything he has shown through 13 games this season suggests he can be a fixture on the blue line for the long haul.

As long as his development doesn't derail, there's little reason to question York. The Flyers have been waiting for one of their young defensemen to become a blue chip No. 1 staple, and with Provorov showing some of his flaws among his regression, York may prove to better fit that mold in the coming years.

As for Farabee, unlike York, the tape is out on him and it's pretty impressive. His goal scoring is exactly what was expected of him and gives the Flyers something they have been searching for for quite some time.

Despite playing nearly 20 games less than his teammates, the 21-year-old is tied for third on the team in goals with 13.

While any of the aforementioned players could find themselves packaged in favor of landing a talented veteran, these two guys would appear as close to “off limits” as anyone on the roster.