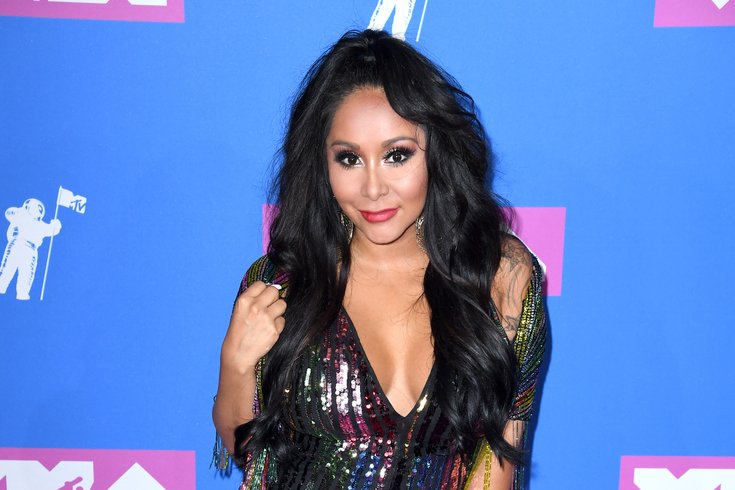 Nicole "Snooki" Polizzi, who recently gave birth to her third child in May, took to Instagram to vent her frustration about mastitis, a painful breast infection that commonly occurs from breastfeeding.

In an Instagram story, the "Jersey Shore" star posted a somber photo of herself with her eyes closed as her head rested in her hand. She commented, "Felt the onset of mastitis starting. Had the worst chills and fever the other night, and I've been pumping and feeding my boobs off all day. Jesus, take the wheel."

One in 10 women who are breastfeeding are diagnosed with mastitis. It's a condition that causes inflammation of the breast tissue, commonly due to lactation.

A blocked milk duct can often be responsible for the inflammation. If the breast doesn't properly empty during feedings it can cause the ducts to be come clogged. This blockage can lead to an infection. It can also be caused by bacteria entering into the breast via the milk ducts.

It typically occurs within the first three months of breastfeeding. Mastitis can cause flu-like symptoms, such as fever and chills, and it can also cause breast swelling and pain.

According to the World Health Organization, mastitis can be prevented if early indicators, such as sore nipples, blocked ducts, and nipple soreness are treated immediately. WHO also cites the importance of fully draining the milk from each breast, as well as making sure the baby is latched on correctly.

Oral antibiotics are the best way to treat mastitis. If not treated, the condition can lead to a breast abscess.

Polizzi is returning to "Jersey Shore Family Vacation." The third season will air Thursday, July 11, at 8 p.m., on MTV.