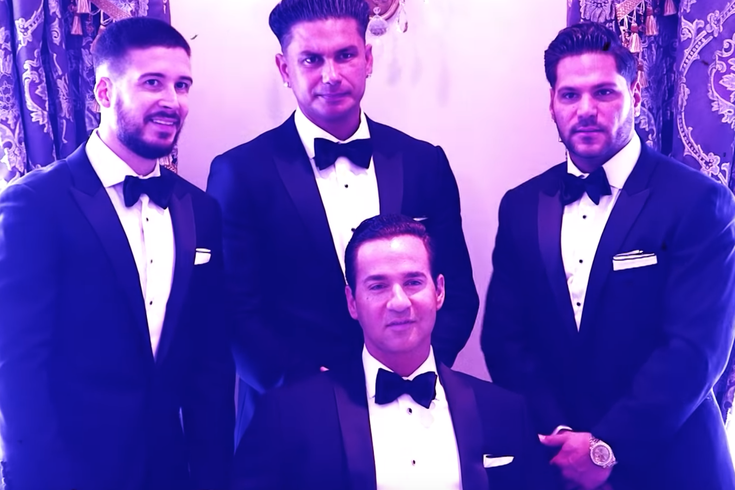 A scene from Mike "The Situation" Sorrentino's wedding in the newest season of MTV's "Jersey Shore Family Vacation", which returns in July.

Incredibly, the infamous Jersey Shore crew is still being filmed by camera crews and featured on a television show in the year 2019. Crazy, right?

The trailer for the third season of MTV's "Jersey Shore Family Vacation" was released Wednesday, a 20-second snippet edited with fast cuts and enough teases to put fans on the edges of their respective couch seats.

The main focus of the season premiere, it seems, will be the wedding between Mike "The Situation" Sorrentino and Lauren Pesce. The ceremony itself, which took place in November at The Legacy Castle in Morris County, was by all accounts a pretty normal and stately wedding for such an outlandish crew.

According to the trailer released Wednesday, however, the pre-matrimony events were a little more on-brand:

Yep, it looks like another dose of whatever it is these shows are about.

The last time we checked in with Sorrentino, he was hanging out with Fyre Festival fraudster Billy McFarland in prison. Sorrentino is serving an eight-month sentence in federal prison for tax evasion, which he began in mid-January, but at least part of the third season was clearly filmed before his prison sentence began.

According to another member of the original crew, Nicole "Snooki" Polizzi, Sorrentino is having the "time of his life" in prison, which is mildly unsurprising.