A storm damaged the already aging boardwalk, making the need for repairs critical 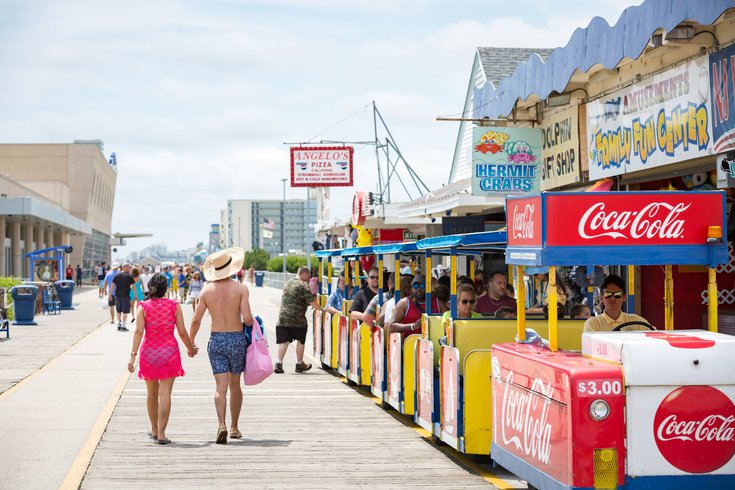 Wildwood boardwalk is in need of repairs after last year's weather damage, and Gov. Phil Murphy allocated $4 million for the project.

The Wildwood boardwalk, one of the Jersey Shore's top attractions, will get $4 million in funding for long-needed repairs, but local officials say it's just a fraction of what it needs.

New Jersey allocated the funding earlier this week, according to the Associated Press. But Wildwood city officials say the repairs could cost $60 million.

New Jersey Gov. Phil Murphy went to Wildwood on the Fourth of July to meet with Mayor Pete Byron, and said there was $4 million in the state's budget for the repairs.

"It’s an iconic boardwalk, by any measure," Murphy said, the Press of Atlantic City reported. "It’s America’s Boardwalk and the extent to which we get this thing rebuilt properly has a huge positive impact on the boardwalk, on the businesses on the boardwalk (and) on tourism."

Crowds of people swarmed to the boardwalk over the Fourth of July weekend as well. Last year's Fourth of July events had been canceled because of the pandemic.

With $4 million in our Fiscal Year 2022 Budget to help Wildwood repair its iconic boardwalk, we’re ensuring New Jerseyans can safely enjoy a summer at the Shore for years to come. pic.twitter.com/yvR8Hklj3T

In April 2020, a storm damaged sections of the boardwalk's decking near the Convention Center that were already aging and in need of repairs.

The storm had wind gusts as high as 87 miles per hour that dislodged part of the boardwalk, knocked down trees and damaged buildings.

Byron said the city has a plan in place for the needed repairs for about $35 million. They will start repairs on Burk Avenue, where it's needed the most, and work in stages a few blocks at a time.