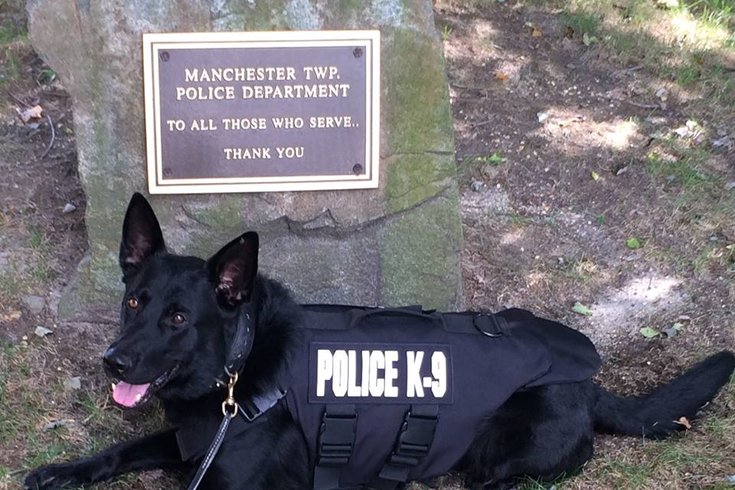 A New Jersey police dog received a bullet and stab protective vest as a donation last week, and the timing couldn't have been better.

K-9 Storm of the Manchester Township Police Department in Ocean County was given the new body armor by nonprofit organization Vested Interest in K9s, Inc.

The timing of the vest's arrival was perfect. The morning after the vest was received, it was used to protect K-9 Storm while he and his handler, Ptl. Marc Micciulla, tracked a subject armed with a knife.

The subject was subsequently apprehended by police officers.

"The generous donation of the vest by the Vested Interest in K9s organization, will help to ensure K-9 Storm’s safety as he serves and protects the residents, visitors and police officers of Manchester Township," Manchester Township Police Chief Lisa Parker said in a statement.

The vest is embroidered with the sentiment, “In Memory of K-9 Rocco Pittsburgh Bureau of Police” to honor K-9 Rocco who was killed in the line of duty.

Since it was founded, Vested Interest in K9s, Inc., has provided more than 1,590 protective vests, in 49 states, through private and corporate donations, at a cost of over $1.5 million.