Not Another Dating App, created by a Philly-based developer, promises to eliminate the instant-messenger small talk common to other services 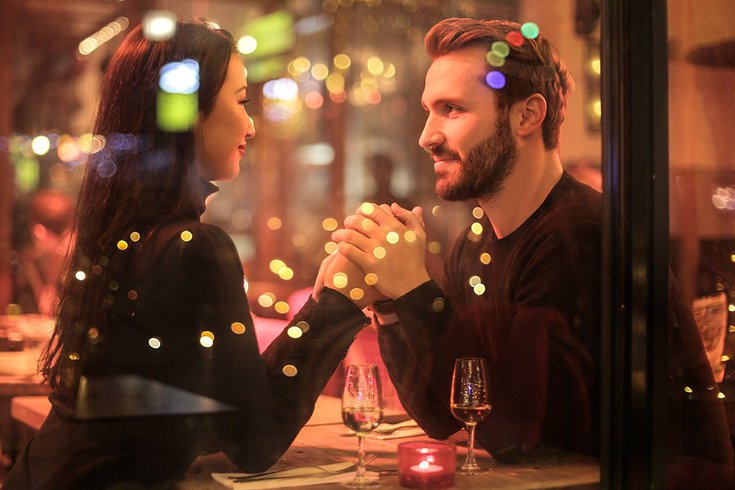 Not Another Dating App, or NADA, is a new platform focused on getting users together for in-person meetings. It was created by Philadelphia tech-entrepreneur Earl Knight.

Online dating has become the most common way that American couples meet in recent years, but many singles are frustrated with the apps that are currently on the market.

That's why Earl Knight created Not Another Dating App, which is focused on getting its users together for in-person dates. He's based in Philadelphia, but the company is completely remote.

"We found a major gap in the dating app market," Knight told Technical.ly. "People are ghosting each other. They're matching with each other but nothing happens after the match."

He previously worked on other online dating platforms MeetMe and Tagged. But Knight met his fiancee on a dating app, so he also understands the user experience well.

Profiles on the app are centered around plans for a theoretical date. If a user is interested in that person and their date idea, they can send a like. If the attraction is mutual, users can then go out and have the date in-person, instead of messaging back and forth on the app.

Knight hopes to launch NADA in the Apple app store on Friday, Aug. 5, but a limited beta version has been available in Philadelphia and Los Angeles since May.

A study published last year found that less than 2% of Tinder matches result in an in-person meeting. Researchers surveyed 269 current or former Tinder users in Norway with an average age of 22.

While male and female users reported 111 and 124 matches on average respectively, the average number of real world dates organized through the app was just two per person, regardless of gender.

Just one in four users reported meeting someone they would be interested in having a long-term relationship with.

Knight says NADA will be different. The app is going to be free, but there will be a $12.99 per month premium version that gives users access to super likes and the ability to view everyone who's interested in them.

The app's target demographic is women between the ages of 18-40 and men between 25-40. Since it's centered on dates – which can get expensive – Knight assumes it will attract a relatively wealthy client base.

NADA is far from the first new startup with grand ambitions to shake up the online dating scene.

However, no one in the United States has managed to supplant Tinder – the 10-year-old platform that pioneered the market with its viral success. Tinder still holds 32% of the market, while Bumble has 22% and Hinge has 15%.

Knight's app is also not the only startup looking to close the gap between matches and in-person dates. Strike, a Florida company, has created a wearable device which lets users know when a match is nearby, so they can arrange a spontaneous in-person meet-up.

It's also not clear if women on NADA will be as excited about going on dates with strangers as Knight hopes they'll be.

The app has "an adept verification process" and "unique emergency contact check-in system" to make users feel secure, but a 2020 Pew Research study found that more than half of American women believe that dating apps are an unsafe way to meet new people.

Unsavory interactions on these platforms are particularly common for women between the ages of 18 and 34. The study found that 57% of that group had received a sexually explicit message or image they didn't ask for and another 19% said they had been physically threatened.

This is one reason many are abandoning the dating app space altogether.

Many singles in Philadelphia have turned to Facebook groups where residents can vouch for friends and relatives. This is more similar to the way people have dated in the past, when it was common for mutual connections to act as matchmakers.