Not cleaning the snow off your car is illegal in Pennsylvania 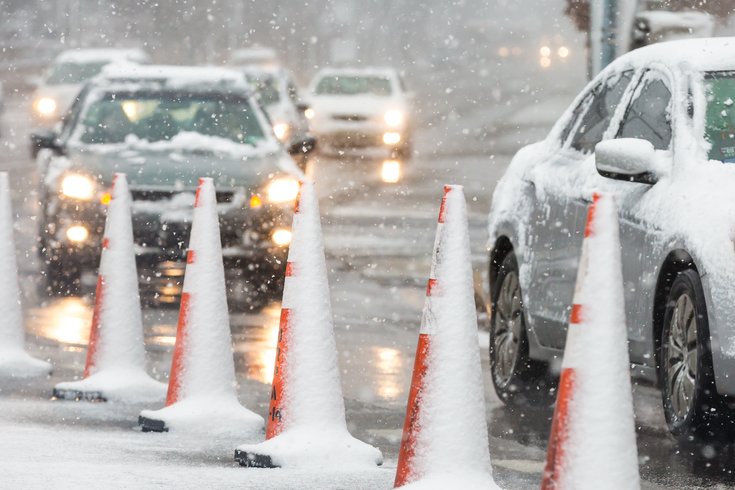 With every first snowfall of the season in Philadelphia comes the inevitable return of two annual recurrences: people illegally trying to save their parking spots and motorists not cleaning the snow from their cars before driving.

The Philadelphia Police Department has the whole "no savesies" thing covered pretty well, so let's turn our attention to the latter issue. The bottom line: it's illegal to not clean the snow and ice off you car before driving, and failing to do so could cost you big time.

Pennsylvania law states no person should operate a motor vehicle with ice or snow obstructing the windshields or windows of their cars.

Furthermore, if snow or ice is dislodged from a moving vehicle and strikes another driver or pedestrian causing serious bodily injury or death, the driver is subject to a fine no less than $200 and possibly as high as $1,000.

On top of the potential legal ramifications, not clearing the snow off your car will rightfully earn you scorn from others, who will judge you for being lazy and inconsiderate.

#snow really? You had all weekend and you couldn't clean the avalanche off your car before going 80 on #i85 LOL pic.twitter.com/R2XdsgqMW7

PSA clean off the hood of your car if it has snow on it !!!! It could slide off while driving and blind the person behind you !!!

People, clean the snow off your car. Don't be an ass to others.

Do ppl not realize you gotta clean the snow off the top of your car too? 🤔

PSA clean the snow off your car you lazy people

It’s everyone’s favorite time of the year: when I silently curse every driver who doesn’t clean the snow off the top of their car. Be lazier, you can’t.

So, remember to clean the snow off your vehicle. It's the law, and others will hate you if you don't. Not to mention it's flat-out dangerous.