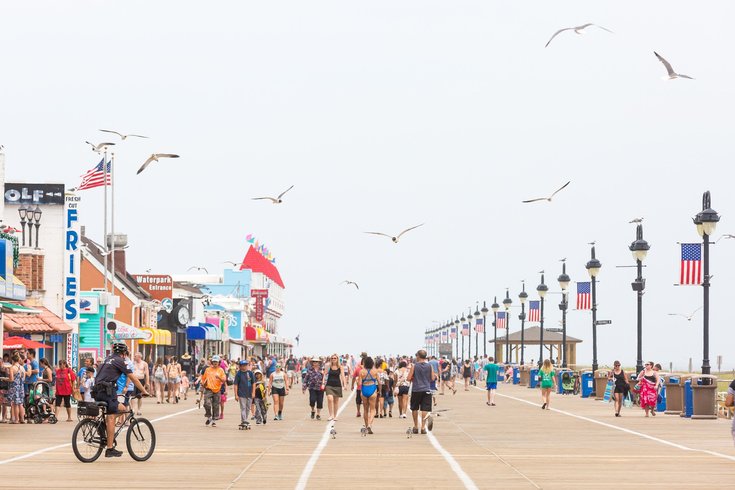 Viral videos from Ocean City, New Jersey, show a lightning bolt setting an umbrella shed on fire and a seagull eating a baby shark in August 2019.

Two fascinating videos from the shore community surfaced this week and are worthy of some amusement.

RELATED: A guide to the Jersey Shore's best dive bars

In what has been a stormy summer, a beach umbrella rental stand felt the wrath of a particular bolt of lightning on Wednesday night.

A shed on 13th Street Beach went up in flames after it was hit by a massive lightning strike. Tara Scavetti caught the incident on video and it was posted on YouTube by NJ.com.

Scavetti says she got hit on the head with lightning. That seems ... like a bit of an exaggeration? She's a little too alive for that.

Next up, we have a seagull devouring a baby shark on the beach. This video was uploaded to YouTube by Rebecca Stout.

Ocean City Mayor Jay Gillian recently declared war on out-of-control seagulls, going so far as to bring in falcons, hawks and owls to scare them away from the boardwalk. Maybe a baby shark getting eaten is preferable to the gulls swooping in on your pizza. Good luck digesting that thing, buddy.

Is there a way seagulls can be used to squawk over the "Baby Shark" song whenever and wherever it plays? The world would like to know.