Ocean City will bring in falcons, hawks, owls to scare off seagulls 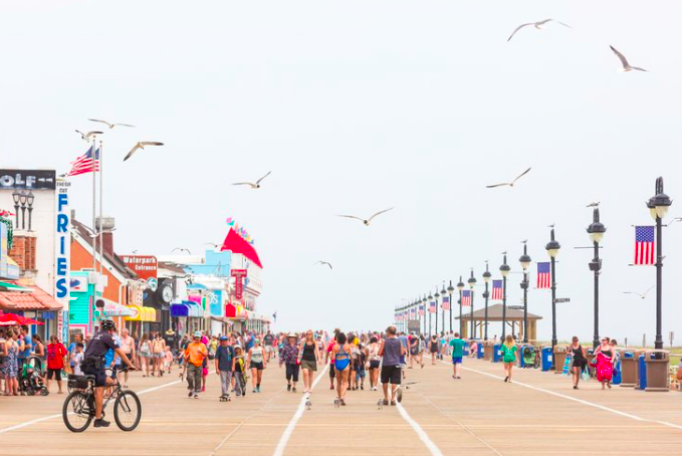 Ocean City will try to combat an aggressive seagull problem by using falcons, hawks and owls to scare the nuisance birds away, officials said. The program, led by East Coast Falcons, is believed to be the first of its kind in a shore town on the East Coast of the U.S.

In the face of an aggressive seagull problem, Ocean City is turning to birds of prey to scare off the brazen pests that have been menacing the boardwalk and beaches.

The Jersey Shore town announced Friday it is contracting with East Coast Falcons for a tactical plan using falcons, hawks and owls to pressure seagulls away from their usual haunts.

Officials said the abatement program is believed to be the first of its kind for any shore town on the East Coast.

Falcons, hawks and owls will fly over Ocean City from 10 a.m. to 10 p.m. daily to move the gulls away from these areas without harming them. Gulls instinctively know when a threat is present and are expected to disperse from the area when the larger birds are overhead.

"Professional falconry-based bird abatement is a humane, effective solution for removing nuisance birds," the city said in a news release. "The contractor is licensed to conduct the work, and the effort is approved by the Humane Society of Ocean City, which oversees animal control for the town."

Last month, Ocean City Mayor Jay Gillian published a letter urging beachgoers to stop feeding the seagulls, noting the birds have become increasingly problematic in recent years as a result of humans enabling them. Officials have received numerous complaints of gulls swooping in to steal food from children and others on the boardwalk, sometimes immediately after it was purchased.

"Some people think it’s funny to feed the gulls and see them swarm," Gillian wrote. "For the health and safety of both animals and humans, this must stop. Feeding gulls and wildlife in Ocean City is against the law."

In the week and a half since that letter was published, Gillian evidently decided to escalate Ocean City's campaign against the gulls.

East Coast Falcons is led by Master Falconer Erik Swanson, who runs a core team of falconers based in the New York Metropolitan Area. His network of falconers across the country handles jobs dealing with a variety of nuisance birds, including sparrows, geese, pigeons and seagulls.

Officials said the new program will continue through August and potentially return for the entirety of next summer, if successful this month. The goal is to move the seagulls back to their natural habitats where they are not habituated to human food.