Robert Sanger, 62, had been working on the Ferris wheel at the boardwalk amusement park 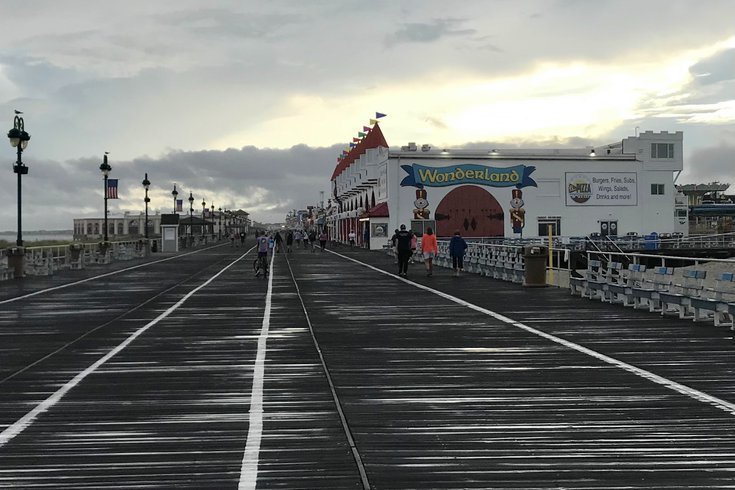 Robert Sanger, a 62-year-old contractor, died in a fall from a lift at Gillian's Wonderland Pier on the Ocean City boardwalk on May 2. The accident remains under investigation.

The worker killed earlier this month at Gillian's Wonderland Pier on the Ocean City Boardwalk fell from a lift after the concrete slab beneath the equipment collapsed, according to the contractor for the project.

Robert Sanger, 62, of Pittsgrove, was fatally injured in the industrial accident on May 2 after completing work on the Ferris wheel at the popular amusement park. He was taken to Jersey Shore Medical Center in Somers Point, where he died.

Sanger was the co-owner and operator of Cargo Tech International, where he worked as a welder and fabricator, his obituary read.

Shane Smith, Sanger's partner and the company's president, told the Press of Atlantic City that Sanger had finished work on the Ferris wheel and was lowering the lift to relocate it when the concrete slab gave way. Smith was not at the work site, but was informed of the accident by other crew members.

"The concrete platform gave way. The high-reach collapsed down through the hole," Smith said. "He went to move the machine, and it fell."

Sanger's death is being investigated by the U.S. Occupational Safety & Health Administration, which has six months to reach a conclusion.

"Bob enjoyed being outdoors working in his garage, out in his yard, hunting, boating, fishing or simply in the woods camping," Sanger's obituary said. "He was very talented with his hands. In addition to welding, he enjoyed working on his Jeeps or just for a friend in need. For several years he volunteered his time with the Norma-Alliance Vol Fire Co. Station #24 as a fireman and EMT."

Wonderland Pier has been owned for generations by the family of Ocean City Mayor Jay Gillian, who shared condolences in the aftermath of the incident.

"Our thoughts and prayers go out to his family," Gillian said. "We are cooperating with all appropriate authorities to thoroughly investigate the cause of this tragic accident."

Financial troubles put the amusement park on the brink of a sheriff's auction early last year after the owners defaulted on $8 million in mortgage debt. Wonderland Pier then entered a partnership with Icona Resorts, which operates several Jersey Shore destinations.

The Gillian family said new financing from the partnership helped the business emerge from its financial problems and would fund improvements to Wonderland Pier.

The amusement park was open last summer and already had opened select rides for the preseason period in 2022.