The latest wave in South Africa, where the variant has spread rapidly, appears different than previous surges 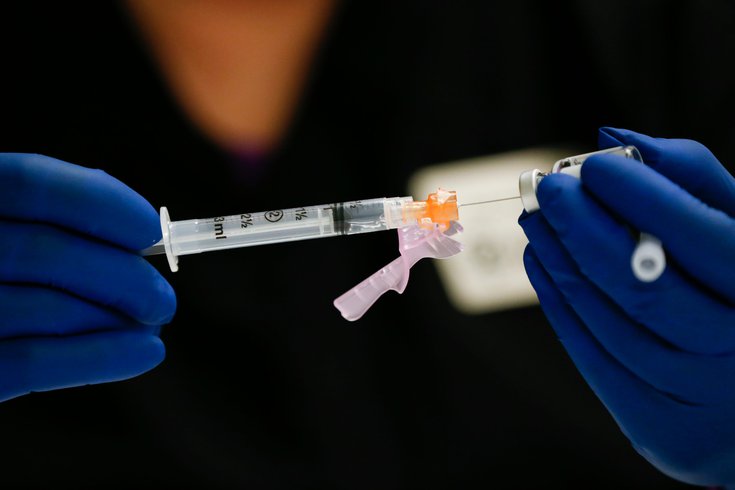 Federal health officials are strongly recommending that all vaccinated adults get a COVID-19 booster shot as soon as they are eligible. The omicron variant is believed to be more transmissible than delta.

A preliminary report from South Africa on the new omicron variant paints a picture of a less-threatening version of the coronavirus.

Though it is believed to even more transmissible than the delta variant, omicron mostly has been associated with milder illness, but experts caution that more data is needed to confirm this.

The report, released Saturday by the South African Medical Research Council, primarily focused on data collected at the Steve Biko/Tshwane District Hospital Complex in South Africa's Gauteng Province, the area where omicron was first detected in the country.

Overall, most hospitalized patients who tested positive for COVID-19 did not need supplemental oxygen and few required high-level care or needed to be admitted to intensive care. Most of these patients are believed to have been infected by the omicron variant.

A snapshot of 42 COVID-19 patients on Dec. 2 showed that most of them were hospitalized for non-COVID related reasons. Their infections only were detected because of routine COVID testing done by the hospital.

Of these 42 patients, 70% did not need supplemental oxygen. Of the 13 patients who did, nine of them were diagnosed with COVID pneumonia and four were on oxygen for other illnesses.

The average hospital stay was 2.8 days, much shorter than the average 8.5-day stay that had been the norm in the region over the past year and a half.

Vaccinated patients appear to fare better against the omicron variant than those who are not vaccinated, the report found. Only six of the COVID-19 patients in the hospital had been vaccinated. And the majority of the people who developed COVID pneumonia were unvaccinated.

This fourth wave of COVID-19 in South Africa appears markedly different than previous waves, according to Fareed Abdullah, director of the South African Medical Research Council's office of AIDS and TB.

In previous waves "the COVID ward was recognizable by the majority of patients being on some form of oxygen supplementation with the incessant sound of high flow nasal oxygen machines, or beeping ventilator alarms," he wrote in the report.

Other hospitals in the Gauteng Province are having similar experiences. Only six of the 37 COVID-19 patients at Helen Joseph Hospital on Dec. 3 required supplemental oxygen. And at the Dr. George Mukhari Academic Hospital, only 15 of the 80 COVID-19 patients needed supplementation. Only one of the patients was on a ventilator.

The report also noted that 80% of the patients hospitalized with COVID-19 over the past two weeks were under age 50, a contrast to earlier waves. This may be the result of higher vaccination rates among older populations in the province, Abdullah wrote.

Still, scientists in South Africa believe the omicron variant spreads twice as quickly as the delta variant, due to its contagiousness and ability to evade immunity gained from a previous infection.

COVID-19 cases in the Tshwane District are on the rise, with nearly 10,000 new cases recorded between Nov. 20 and Dec. 3, the report noted. It is believed that most of those cases were caused by the omicron variant, but the hospital's testing equipment has not been able to confirm every case.

Experts caution that it is too early to draw any conclusions because the variant only was detected late last month. It still only accounts for a small portion of cases worldwide.

Dr. Peter Hotez, dean of Baylor College of Medicine's school of tropical medicine, told STAT that data also needs to be culled from other countries where omicron has spread.

"Potentially it means that the severity of illness is less with omicron," he said. "But I think we have to be very cautious about making any definitive statement. Right now, it's an interesting anecdote as much as anything else. And we'll see as omicron accelerates in the United States whether it falls along a similar pattern."

Dr. Anthony Fauci, the White House's chief medical officer, responded with cautious optimism to the early reports from South Africa, emphasizing the need for more data to truly understand the risks of this new variant.

He told CNN that "although it's too early to make any definitive statements about it, thus far it does not look like there's a great degree of severity to it."

The first U.S. case of omicron was identified Dec. 1 in San Francisco. By Friday, both Philadelphia and New Jersey had their first cases. It has been detected in at least 18 states, according to the U.S. Centers for Disease Control and Prevention.

Federal health officials are strongly recommending that all vaccinated adults get a COVID-19 booster shot as soon as they are eligible.

Lab studies are underway to determine how effective the vaccines are against omicron. Fauci and most health experts say that getting a booster shot is the best defense against it.

Fauci told CNN that studies show that an extra dose of the vaccines "increase levels of neutralizing antibodies against all the variants," which provides "at least some degree of cross-protection, very likely against severe disease, even against the omicron variant."

Other vaccine experts, including Dr. Paul Offit, of the Children's Hospital of Philadelphia, suggest the most of the general public hold off on boosters until a more variant-specific booster can be created. They are concerned that boosters will elicit a weaker immune response against new variants, like omicron, because they were designed to protect against the original virus.

Offit told NBC that this is a phenomenon called "original antigenic sin" in which the immune system bases its response on the memory of its first encounter of the virus. That can lead to a weaker immune response when it is confronted by a later variation of the virus.

Because of this, he said it may be better for people who are not at high risk of severe disease to wait until a variant-specific booster is available. He outlined this argument in a co-written op-ed published Monday in The Washington Post, noting the initial two doses of the Pfizer-BioNTech and Moderna vaccines are still protective for most healthy adults.

Omicron was reported to the World Health Organization as a new variant of concern on Nov. 24. It was first detected in Botswana on Nov. 11 and in South Africa on Nov. 14, according to the CDC.