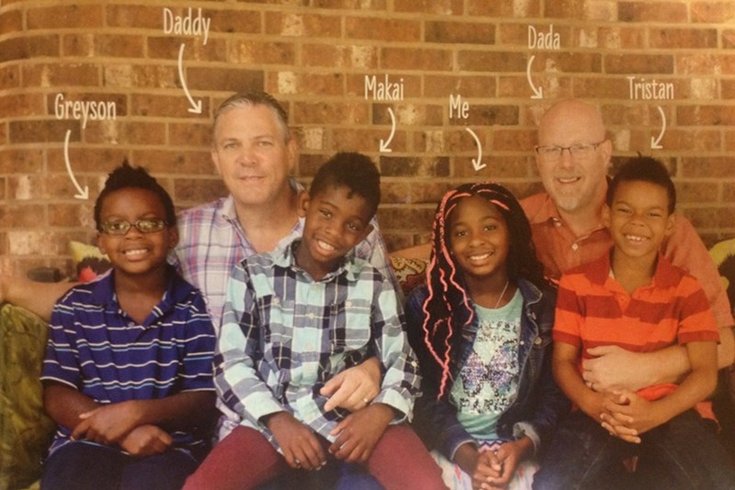 An 11-year-old girl and her family were recently featured in the November/December issue of "American Girl" magazine.

The story, entitled "Forever Family," showcased Amaya Scheer, who was adopted, along with her three siblings, by a gay couple. One of her fathers, Rob Scheer, had also previously lived in foster care.

In the article, Amaya spoke about the charity her family founded, which gives foster children travel bags filled with clothing and toiletries, NBCWashington reports.

Conservative group One Million Moms was quick to criticize the magazine's use of the unconventional family.

"One Million Moms is extremely disappointed that American Girl, owned by Mattel, is promoting sin in the November/December 2015 issue of its magazine," the group wrote on its website.

"We must remain diligent and stand up for biblical values and truth. Scripture says multiple times that homosexuality is wrong, and God will not tolerate this sinful nature. American Girl doesn’t highlight other sins in their magazine."

In an interview with "Good Day DC," the Scheer family responded to the backlash.

Rob Scheer said he was shocked to receive such a response, especially from a group of mothers.

"This is our family and it works for us," he told the station. "And you know what? We have four amazing kids that we adopted out of foster care. These are four kids that have fulfilled our life more than we ever thought. And so, the Million Moms, I say to them, 'You know what? Go to your local foster care agency. Those kids could really use your help. And not worry about the Scheer family.'"

Amaya's response was simple: "This is none of your business."