CDC: Open middle seats on planes can reduce COVID-19 exposure by more than 50% 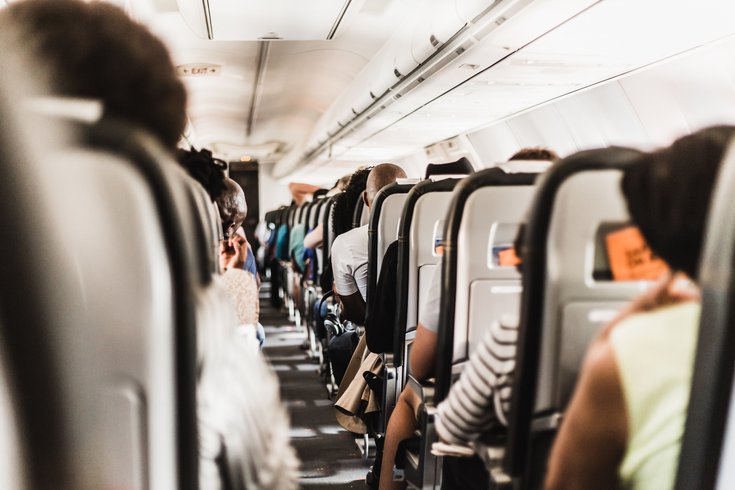 A study conducted by the Centers for Disease Control and Prevention found that leaving the middle seat open during a flight could reduce the risk of COVID-19 transmission by more than 50%.

Recent research out of the Centers for Disease Control and Prevention finds that leaving middle seats empty on airplanes could significantly reduce exposure to COVID-19.

The study, published Wednesday, shows that a vacant seat between the window and aisle seats can reduce the risk of exposure by 23% to 57%.

Most airlines have been selling all the seats on their flights for the past several months. In March, Delta Air Lines became the last of the major airlines in the U.S. to resume sales of its middle seat tickets for flights after May 1.

The CDC worked with researchers from Kansas State University using lab models to simulate how much viral exposure was reduced when middle seats were open in an aircraft cabin, CNN reported. They used aerosols of bacteriophages, which are viruses that can infect bacteria, instead of COVID-19 particles to measure the spread.

The study did not measure the spread among people wearing masks, though researchers noted that some viruses can still be transmitted via an infected masked passenger, which makes social distancing useful. All major airlines require masks on flights when not eating or drinking.

"When the infectious and other passengers who would have had middle seats were removed, leaving six infectious passengers out of 12 total passengers remaining in the window and aisle seats, a 57% exposure reduction was observed," the researchers wrote in their study.

The study measured exposure, not transmission, meaning that while these people were exposed to the virus, it's not a guarantee that they'd be infected. Whether or not someone becomes infected can be dependent on the viral load to which that person is exposed. Researchers say more data and analysis is needed.

It's not yet clear if airlines will stop selling middle seats based on the new research.

A representative for Delta said early Thursday morning that the airline would not be changing its plans to start selling middle seats for flights after May 1, USA Today reported.

The CDC said earlier this month that fully vaccinated people can travel at low risk to themselves. Travel is still discouraged because of rising case numbers.

This news comes as airline travel is picking up across the country. On Wednesday, more than 1 million people passed through TSA security, while just over 90,000 passengers were checked on the same day in 2020. For further comparison, Wednesday's statistic is still less than half the number TSA counted in 2019 when there were more than 2.3 million airline passengers.