Exhausted by too many Zoom meetings? Here's how to relieve the fatigue 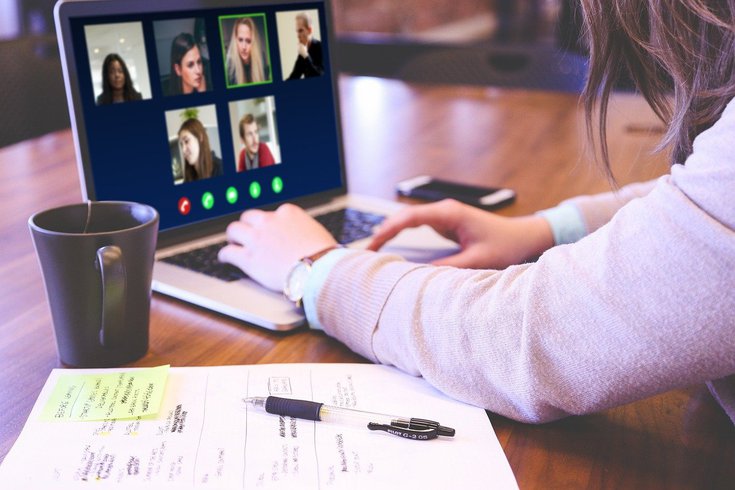 New research from Stanford University finds that one in seven women reported feeling 'very' to 'extremely' fatigued after video conference calls compared to just one in 20 men.

Many Americans are experiencing Zoom fatigue after more than a year spent working or attending school from home — but it's particularly prevalent among women.

New research from Stanford University finds that one in seven women – 13.8% – reported feeling "very" to "extremely" fatigued after video conference calls. By contrast, only one in 20 men felt that way.

Zoom fatigue refers to the feeling of exhaustion after a day filled with online meetings. For the study, the researchers surveyed 10,322 participants in February and March and used a scientific scale to measure their Zoom exhaustion.

The study, published Tuesday on the Social Science Research Network, adds to the understanding of how the COVID-19 pandemic is affecting certain groups more than others, said co-author Jeffrey Hancock, a professor of communication at Stanford.

An earlier paper by Stanford researchers, published in the journal Technology, Mind and Behavior, explored the reasons for zoom fatigue.

That research found four consequences to too much video conferencing, including too much close-up eye contact, too much self-focused attention, reduction in mobility and the taxing nature of constantly making sure your nonverbal communication clues are clear in the frame of the camera.

Nonverbal communication is very natural during face-to-face interactions, according to Jeremy Bailenson, the founding director of Stanford's Virtual Human Interaction Lab. But the remote nature of videoconferencing complicates the sending and interpreting of these signals.

"We've all heard stories about Zoom fatigue and anecdotal evidence that women are affected more, but now we have quantitative data that Zoom fatigue is worse for women, and more importantly, we know why," he said.

So why do more women experience Zoom fatigue?

One piece of the puzzle is the way women react to the self-view setting in video conferencing – the little box where you can watch yourself. Women are more concerned than men about seeing themselves on the screen, researchers said. Hancock calls it self-focused attention.

"Self-focused attention refers to a heightened awareness of how one comes across or how one appears in a conversation," he said. Prolonged self-focus can lead to negative emotions.

The study's findings reflect earlier research that showed women are more likely to self-focus in the presence of a mirror. The self-view on video conferencing platforms act like a digital mirror.

The researchers also found that women were more likely than men to feel physically trapped by the need to stay in the camera's field of view. During face-to-face meetings, people can move around without worry.

And while men and women have about the same number of meetings a day, women's meetings tend to last longer and women are less likely to take breaks in between them, researchers found.

It is not just gender that influences fatigue from a day filled with video conference calls, however. Personality, age and race also can influence who is more likely to experience it, the researchers found.

Extroverts report lower levels of Zoom fatigue than introverts — a finding that probably isn't surprising. Anxious people are more likely to be affected by the self-attention brought by the self-view display, their findings also showed.

Younger people and Black people were more likely to experience Zoom fatigue, although the reasons why were not clear.

So what's the best way to combat Zoom fatigue? Here are a few simple solutions from the Stanford researchers, Forbes and Psychology Today:

• Turn off "self-view" in the default display settings.
• Periodically take audio-only breaks during video conference calls.
• Set up an external keyboard slightly away from your computer screen to give you more distance from all the visual cues during the meeting.
• For meetings where video isn't necessary, make it mandatory that the video remains off so no one feels pressure to turn the camera on.
• Switch up the screen view during meetings. Instead of gallery view, where you can see all participants sitting at their computers, choose speaker view so you see only the person currently speaking.
• Invest in a good headset to minimize distracting ambient noise during a meeting.

The Stanford researchers also encouraged businesses to become more aware of Zoom fatigue among their employees by having them take the Stanford's Zoom Exhaustion and Fatigue Scale. The businesses should then seek to reduce it by enacting specific solutions, like shortening meeting times or holding more video-free meetings.