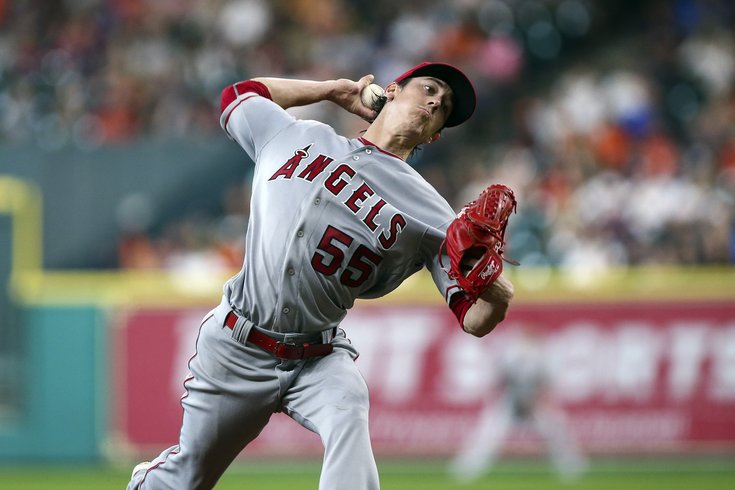 The Phillies are one of over a dozen teams scouting two-time Cy Young winner Tim Lincecum.

On Tuesday, Phillies manager Gabe Kapler made the kind of statement you want to see from a first-year manager trying to change the losing atmosphere that lingers in a clubhouse after a half-decade of consecutive losing seasons and a combined record of 427-545 (.439) since they last made the playoffs back in 2011, when they won a franchise-record 102 games.

"I think if everybody on our roster takes a small step forward, we have an opportunity to shock people," Kapler said during his first spring training meeting with the media. "And that's the message that we're going to convey in camp... I think [think] means being very competitive when September rolls around, being in the mix, being in the hunt, fighting for the National League East. I don't think there has to be any major declaration made here. We're fighting for the National League East in September."

After going 66-96 last season, the Phillies have a ton of work to do if they hope to still be alive in the division race after Labor Day. One way in which the team can do that is by bolstering a starting rotation that's currently the weakest spot on their roster.

So far, Kapler said he likes what he's seen from his pitchers, and he believes they can take a collective step forward this year as the team looks to take the next step in their rebuild process. And while general manger Matt Klentak echoed those sentiments on Thursday when it was his turn to face the media, he certainly sounded like a guy who was very much still in the market for starting pitching.

“We’re open to adding a starter if it makes sense for us, but even if we don’t, we are confident that this starting pitching group is going to take a step forward because they are really talented and they’re healthy,” Klentak told reporters. “We’re watching them now, and they look great. The starting pitching market, being as slow to develop as it has, has allowed us to get to Clearwater and watch our guys and evaluate them, and see the look in their eye and see the electricity in their pitches, and regain that confidence in our young starting pitching.”

Currently, four of the team's five starting spots are filled by four players between the 24- and 27 years old – Aaron Nola, Jerad Eickhoff, Vince Velasquez, and Nick Pivetta. The good news is, each started at least 15 games for the Phillies last year, so they have some experience. The bad news? All four battled injuries or inconsistency during the 2017 season.

Here's a look at their stats from a year ago...

With starting pitchers like Jake Arrieta and Alex Cobb still available, the Phillies could make yet another big splash in free agency after signing Carlos Santana to a three-year, $60 million deal earlier this winter.

However, Klentak isn't about to spend money just for the sake of spending money. Sure, the Phillies have a ton of flexibility when it comes to their payroll, but the last thing the young GM wants to do is handcuff himself by giving a big contract to an aging veteran, the type of contract that could prevent the Phillies from making more important additions in the future.

In other words, Klentak is going to be careful how much he invests in a free-agent starting pitcher, if he even invests at all.

“We’re open to anything,” Klentak said. “The years and dollars and obviously the player fit have to be right. I would say that we would never rule that out, but I think I’ve been pretty consistent all offseason in talking about the factors that are important to us in whatever commitment we make, and that’s going to have to remain the case at least for the remainder of this year. So we'll just have to see.”

Open to anything? Really? What about a 33-year-old, two-time Cy Young winner who didn't pitch at all during the 2017 season? You did say "anything"...

According to Matt Breen of The Philadelphia Inquirer, the Phillies will one of more than a dozen teams to scout former Giants and Angels starter Tim Lincecum.

The Phillies will be among at least 15 teams to attend the two-time Cy Young winner’s showcase as he tries to return to the majors after an extended layoff. Lincecum, 33, has not pitched in the majors since 2016, when he sported a 9.16 ERA in nine starts with the Angels. Lincecum was one of baseball’s premier pitchers before his career was plagued by hip injuries.

The Phillies need starting pitching and would certainly take a shot on Lincecum if he proves that he has something left. It would be similar to how they signed former all-star closer Francisco Rodriguez to a minor-league deal last month, after scouting him at a showcase. If there’s a market for Lincecum, the Phillies might have trouble, because he would likely prefer to pitch for a West Coast team.  [philly.com]

The price will likely be right and, after taking a year off, "The Freak" shouldn't be looking for a long-term commitment, but it seems like there's going to be a couple teams vying for the righty's services, and the Phillies don't appear to have geography on their side.

As for what the rest of the free agent market can offer the Phillies, we'll have to wait and see how much Klentak and the Phillies are willing to invest.

Editorializing: This doesn't sound like a guy who's looking or expecting to make a major SP addition between now and late March

While that doesn't bode well for the Phillies inking a top-of-the-rotation arm, it's the same thing Klentak and Co. were selling before they went out and signed Carlos Santana.

And given their lack of experience (and depth) across their current starting rotation, the Phils are going to need to do something if they hope to prove their manager correct. On Tuesday, Kapler said he believed his team could "shock people" this season and he expects them to be competing for the NL East in September.

So what did Klentak think of his new manager's confidence?

That doesn't mean they can't use a little starting pitching help.