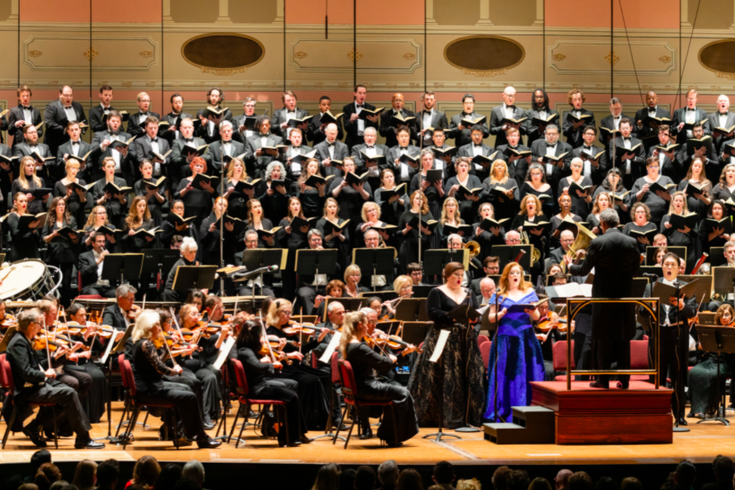 Philadelphia's arts and entertainment scene is continuing to reopen, attempting to recover after long-term cancellations and postponements brought on by the ongoing COVID-19 pandemic. Opera Philadelphia – the city's only company that produces grand operas – is finally making its return to indoor performances on Broad Street after a two year hiatus.

The company's last concert at the Kimmel Cultural Campus was an acclaimed performance of Giuseppe Verdi's "Requiem," which took place back in January 2020. Months before the rest of its season was cancelled, the show was praised for its "carefully integrated, cumulative sound" by the Inquirer.

RELATED: 'Deconstructing Bowie' exhibit celebrates the life and legacy of an influential performer

For their return act, Opera Philadelphia's chorus and orchestra, along with a small selection of soloists, will perform Igor Stravinsky's "Oedipus Rex" and George Walker's "Lilacs" on Jan. 21 at 8 p.m. and Jan. 23 at 2 p.m. The shows will be held in Verizon Hall at the Kimmel Center.

Both single-show tickets and season passes for Opera Philadelphia's "Live in Center City" series are available for purchase. Single show box seating begins at $20, with orchestra seating beginning at $69. All purchases come with a risk-free buying guarantee: if you can no longer attend your performance, your ticket will be refunded.

"Oedipus Rex" showcases Stravinsky's influence on the musical genre. The story is based on Jean Cocteau's French interpretation of Sophocles' original play. Performing the title role is William Burden, who has performed as a lead soloist on major opera stages since his debut in 1992. He is currently a faculty member at both the Mannes School of Music and Julliard.

"...although 'Oedipus Rex' is seldom performed, its drama, wit, and consummate artistry does full justice to the composer's formidable legacy," according to a statement released by Opera Philadelphia.

George Walker's "Lilacs" is a 15-minute opening performance based on Walt Whitman's poem "When Lilacs Last in the Dooryard Bloom'd." The show reflects on the assassination of Abraham Lincoln and won a Pulitzer Prize after its 1996 debut, making George Walker the first Black composer to win the esteemed award.

Walker had classical training at Philadelphia's Curtis Institute of Music and was the first Black instrumentalist to play a solo act with the Philadelphia Orchestra.

All guests aged 12 and older must present proof of full vaccination before entering the venue, and adults aged 18 and older must also present identification along with their proof of vaccination. Masks are required by everyone unless actively eating or drinking.

To protect the performers, each of them – with the exception of solo singers and wind instrumentalists – will be masked for the entire performance. Every performer will be tested ahead of the concert. All pre- and post-show gatherings will be held online to limit contact.