Separated by fewer than 1,000 votes, the contest could come down to a legal fight over undated, mail-in ballots 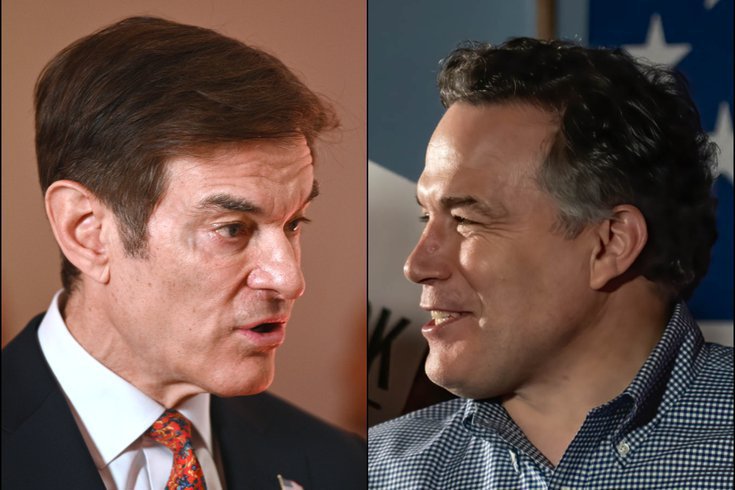 Acting Secretary of State Leigh M. Chapman outlined the recount process and addressed legal questions about how certain mail-in ballots will be counted.

In one of the most closely watched races in the country, Oz leads McCormick by fewer than 1,000 votes based on the unofficial returns reported by all 67 counties. Oz has 419,365 votes and McCormick has 418,463 votes, a difference that falls within the 0.5% margin set by state law to trigger an automatic recount.

Chapman will issue the formal declaration of the recount by the 5 p.m. deadline Thursday. Counties will be able to begin their recounts as early as Friday, but they must begin no later than Wednesday, June 1. All county recounts must be completed by noon on Tuesday, June 7. Results need to be submitted for certification by noon on Wednesday, June 8.

Counties are required to recount all ballots using a different device than the initial tabulation, or otherwise recount ballots by hand. Candidates and their attorney representatives are entitled to be present for the proceedings.

The results of all other races in last week's primary will be certified June 6, Chapman said. The winner of the Republican primary for U.S. Senate will face Pennsylvania Lt. Gov. John Fetterman, the winner of the Democratic primary, in November.

The Oz and McCormick campaigns have geared up for a contentious recount that may hinge on whether state law requires mail-in and absentee ballots that don't have handwritten dates on their envelopes to be counted.

Chapman said there are 860 Republican ballots and 4,190 Democratic ballots in the primary that fall into this legal grey area, with 65 counties reporting.

The 3rd Circuit Court of Appeals ruled Friday on a 2021 judicial election case, Migliori et al v. Lehigh County Board of Elections, that deals with how these ballots should be handled.

The three-judge panel found Pennsylvania's laws requiring voters to put dates on ballots are "immaterial," in part because the U.S. Postal Service also marks the envelopes regardless of whether voters write dates on them by hand. County election officials also track when ballots are received. The absence of a date on the envelope should not have any bearing on whether ballots are accepted, the federal court ruled, as long as they are received before the deadline.

The ruling was not accompanied by a full formal opinion and did not specify how the matter should be handled in elections outside the 2021 judicial contest. The case could be appealed to the U.S. Supreme Court.

Chapman reiterated that the state department believes these undated and incorrectly dated ballots should be segregated, canvassed and tabulated by all 67 counties in the recount. Some counties already had included them in their unofficial results, while others segregated the ballots.

"Our position is that undated and incorrectly dated ballots should count," Chapman said. "To be clear, our guidance will enable counties to arrive at an accurate count no matter what the courts decide."

The state department signaled earlier this week that it expects litigation around this issue to be addressed on an expedited basis.

The recount marks the seventh time the automatic provision has been trigged under Act 97, a state election reform law adopted in 2004. Only three of those instances resulted in recounts and none of them changed the winner from the initial tabulation. In the three other elections, candidates waived their rights to a recount.

It is not uncommon for recounts to result in discrepancies from the original count, particularly with the use of another tabulation device or a hand count. The recount may flag ballot errors and ambiguities that were missed in the original count, leading election officers to determine the intent of the voter in instances when a ballot may have been improperly scanned.

A recount in Pennsylvania's Republican U.S. Senate race appeared likely by the Wednesday after the primary, even as thousands of mail-in and absentee ballots remained to be counted. McCormick, a Gulf War veteran, had been banking on military ballots to help him close the gap with Oz.

The Oz campaign accused McCormick's legal team this week of "following the Democrats' playbook" in seeking the inclusion of undated mail-in ballots in the recount.

"Dr. Mehmet Oz continues to respectfully allow Pennsylvania's vote-counting process to take place and puts his faith in the Republican voters who we believe have chosen him as their nominee," Oz campaign manager Casey Contres said.

McCormick released a statement Tuesday night saying he looks forward to "a swift resolution" so Republicans can unite to defeat Fetterman in the general election.

"We are proud our campaign received nearly 418,000 votes, won 37 of 67 counties, and contributed to a historic turnout with a razor thin difference between myself and Mehmet Oz," McCormick said.

Chapman insisted that the recount will be conducted transparently to determine the Republican nominee.

"This automatic recount is intended to ensure that the count is accurate and that there is confidence in the results and outcome," Chapman said.