Some scientists believed Manaus may have gained herd immunity after the city was hit hard by COVID-19 last spring, but the mutated virus sent cases soaring again late last year 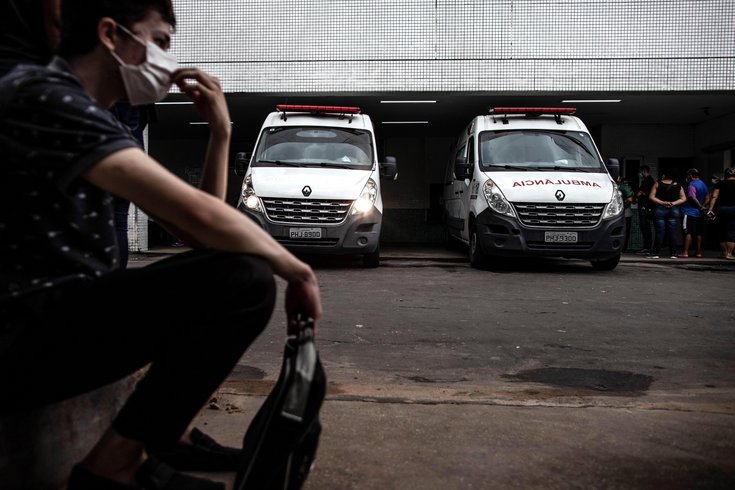 A coronavirus variant that can reinfect people who previously had COVID-19 overwhelmed the Brazilian city of Manaus, shown above in January.

The coronavirus variant first discovered in Brazil — and later detected in the United States — is believed to be more transmissible than earlier forms. But it also may be more resistant to natural immunity.

New research suggests the variant, known as P.1, has the ability to reinfect people who previously had COVID-19. Scientists fear the variant could weaken the response of coronavirus vaccines.

"It’s right to be worried about P.1., and this data gives us the reason why," William Hanage, an epidemiology professor at Harvard University, told the New York Times. Hanage was not involved in any of the research.

Reinfections of the coronavirus have been rare, but P.1 has overwhelmed Manaus, a Brazilian city that had been hit so hard by the virus last spring that some wondered whether it had developed herd immunity.

In June, blood bank samples suggested 66% of the city's 2 million people had contracted the coronavirus, according to a study published by Science. By October, that figure had risen to 76%. Despite this, COVID-19 cases again spiked near the end of the year, a surprising surge given the previous rate of infection.

Scientists believe P.1 arrived in Manaus in November. By late January, the variant comprised 87% of samples gene-sequenced, according to a separate study conducted by scientists in Brazil and the United Kingdom.

P.1 likely has become the predominant variant in Manaus because it has been able to evade immunity from prior infections, the researchers said.

P.1 shares mutations that have made the United Kingdom variant, B.1.1.7, and the South African variant, B.1.351, more resistant to vaccines, researchers found.

Based on lab studies, they found P.1 has been able to evade 25% to 61% of Manaus residents believed to have natural immunity from a prior coronavirus infection. They found the CoronaVac vaccine being used in Brazil is less effective against the P.1 variant.

The researchers also found P.1 to be 1.4 to 2.2 times more transmissible than the original form of the virus.

Coronavirus infections in Manaus that occurred after the emergence of the P.1 variant were between 10% and 80% more likely to result in death, according to The Financial Times. But scientists aren't sure whether that's because the variant itself is more lethal or because people struggled to get care.

However, more research needs to be conducted to see whether the results of this study can be applied to places outside of the laboratory and specific areas of Brazil, according to Dr. Nuno Faria, an epidemiologist at Imperial College London who helped conduct the Manaus study.

"We can confidently say that P.1 has altered the epidemiological characteristics of the virus in Manaus but whether that is true in other settings, we don’t yet know," Faria told The Financial Times.

In the United States, 10 cases of P.1 variant have been detected in five state — Maryland, Florida, Minnesota, Oklahoma and Alaska. It also has been found in 23 other countries, including the United Kingdom.

The Brazilian variant is one of several that have been detected around the globe. Scientists also have found new variants that emerged in New York and California.