Only 31% of adolescents in the Philly region received both doses of the HPV vaccine during a recent 3-year stretch, report finds 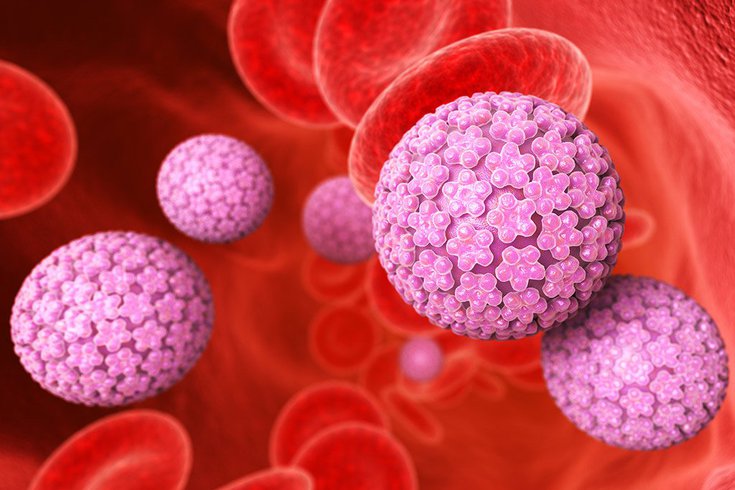 The human papillomavirus vaccine must be administered as two doses to provide full immunity. The illustration above shows blood cells and the HPV in a vein.

HPV vaccination rates have lagged despite the known cancer risk associated with the human papillomavirus, a new report shows.

A new report shows HPV vaccination rates have lagged despite the known cancer risk associated with the Human papillomavirus.

Only 55% of commercially-insured adolescents ages 10-13 received their first doses of the HPV vaccine during a recent three-year period, according to a Blue Cross Blue Shield report. Only 29% came back for their second doses.

Last year, there was a 13.5% drop nationwide in the number of HPV vaccines administered through October. That mirrored declines in other childhood vaccines — drops that have been attributed to the coronavirus pandemic.

An earlier BCBS report found children were on track to meet 9 million vaccinations last year, a drop off attributed to the coronavirus pandemic. Some vaccinations rates were down as much as 26%.

Of the parents whose children did not get the HPV vaccine, 29% cited uncertainty about its effectiveness and 22% cited concerns about side effects. Also, 25% said they did not vaccinate their child because it was not required.

Yet, many adults lack awareness of the dangers of HPV. A 2019 study highlighted the need for better education on HPV.

The virus is responsible for 70 to 90% of these cancers in the United States, according to the U.S. Centers for Disease Control and Prevention. Cervical cancer is the fourth-most common cancer among women worldwide.

The HPV vaccine must be administered as two doses to provide full immunity. The CDC recommends that children receive their two doses between 9 and 14. Anyone who receives the first dose after their 15th birthday should receive three doses.