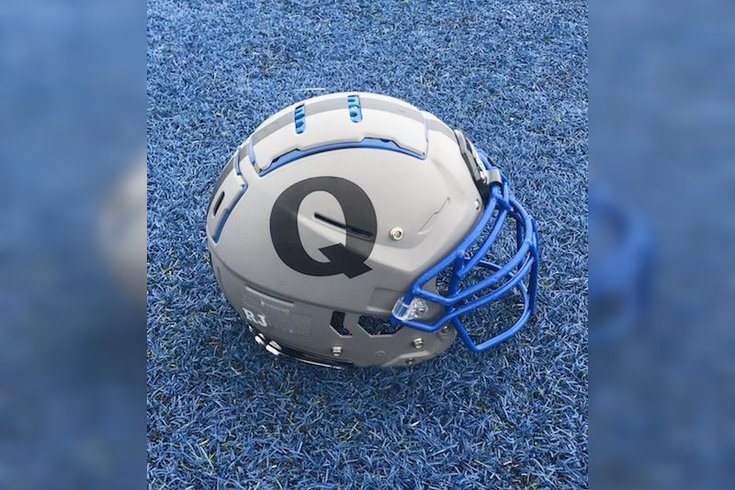 Can Quakertown pull off the undefeated season?

As far as anyone knows — and what Quakertown coach George Banas was recently told — Quakertown hasn't gone 10-0 in football since 1956.

The Panthers are on the brink of doing that this season. They’re one of three teams in PIAA District 1 6A that remains undefeated going into Week 9 along with North Penn and Garnet Valley, all at 8-0.

Garnet Valley currently stands at No. 1 in the weekly points ranking system, with North Penn at No. 2 and Quakertown at No. 5.

The last time the Panthers won the Suburban One League, Continental Conference championship was in 2014. The last time Quakertown started 8-0 came in consecutive years, 2014 and 2015. In both years, the Panthers lost in the second round of the PIAA playoffs.

"I was optimistic that we could be good this year, and we had a lot of kids coming back," said Banas, who has nine returning starters back on offense and seven on defense. "We had an opportunity and this offseason we thought we could make a run. We knew we had a lot of pieces back and the kids worked really hard in the offseason.

"Coming into the year, I didn’t think we would start 8-0, considering we had a four-game stretch with Abington, Upper Dublin, Souderton and Neshaminy. When you see those four teams in a row, as a realistic person, going 3-1 would have been a good four-game set."

The Panthers swept the four respected programs by a combined 138-44, including a shutout.

"Our offensive and defensive lines have done phenomenal jobs this entire season," Banas said. "The key is that we’re balanced. We have a lot of weapons across the board. You can’t put nine guys in the box and say that you’re going to stop the run, because we can throw. If you want drop four or five defensive backs, we can run.

"Realistically, it’s a special group and a team effort that has us here. These guys put their egos aside and think about the team first."

Quakertown has 5-3 Bensalem this weekend and 3-5 Truman to finish the season before the district playoffs. That’s where the Panthers will run into the big boys of District 1 in Garnet Valley, North Penn, Coatesville, Downingtown East and Ridley.

The Panthers have the firepower and talent to stay with them and play deep into November.

Quakertown has a three-year starting quarterback and an experienced team, which could translate into the Panthers playing meaningful games in November. Banas, however, isn’t concerning himself with that right now.

"Looking at things, I take it week by week, first with Bensalem and then Truman, and avoid the guessing game on where we will be seeded [in the district playoffs]," Banas said. “It’s going to happen, whatever is going to happen. I’m hoping we’re going to be at home.

"If we stay healthy, I like our chances against anyone we play on Friday night. Garnet Valley is a tough out. North Penn is a tough out. Some years you see a team and you know we might not make it until halftime. But I see my team and I know these kids.

"They’re committed. They work hard — and they’re talented. We’re willing to step on the field with anyone we see down the road. It’s been 1956 since Quakertown has gone 10-0, when I believe that they were 10-0-1. That’s what I was told. I’m not thinking about 10-0 right now. We have Bensalem this week.”

And possibly more ahead if the Panthers keep playing like they are.