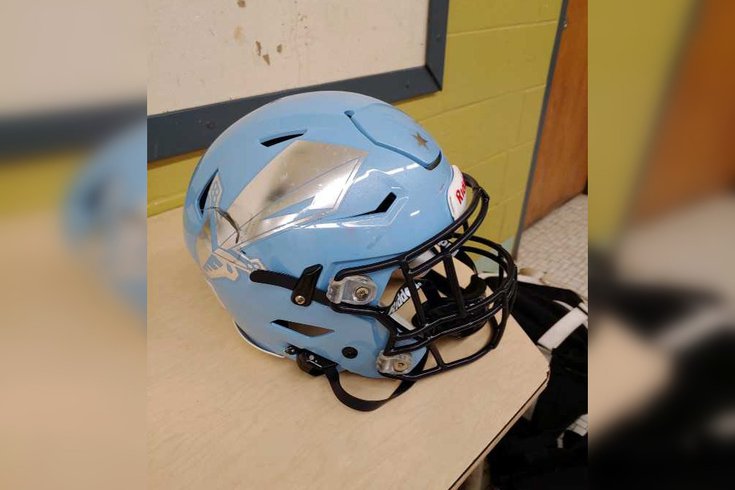 North Penn has been impressive so far this season.

Legendary North Penn coach Dick Beck had a feeling this was possible. Entering the eighth week of the season, it is and remains possible—an undefeated year.

The North Penn Knights are 7-0 because of what Beck knew he had back in four-year senior starting quarterback Ryan Zeltt and explosive tailback Khalani Eaton, who’s rushed for over 2,000 in the last two years, and 6-foot-4 senior receiver Levi Carroll.

The pieces are there for the Knights, who will be challenged tonight by 6-1 Central Bucks West at 7 p.m. at CB West’s War Memorial Stadium.

North Penn currently sits at No. 2 overall in the PIAA District 1 6A rankings behind 7-0 Garnet Valley. CB West, riding a six-game winning streak, which includes a forfeit victory over Hatboro-Horsham, sits at No. 8 in the district.

"I feel like we’re a little behind defensively right now to where we should be. We haven’t played our best game defensively yet this season. Offensively, we’ve been explosive. Our O-line is still developing, but we’re getting better there every week."

Beck has been getting exceptional play from defensive tackle Amir Rose and Tyler Beam has done almost everything for the Knights, playing middle linebacker, fullback, catching the ball out of the backfield and blocking.

It will be a contrast of styles. CB West runs out of the Delaware Wing-T, powered by 5-8, 185-pound senior fullback Donte Mancini and 6-0, 180-pound junior halfback Eli Boehm. They play a downhill style, and will need to grind out 12-, 15-play scoring drives to keep North Penn’s high-powered, quick-strike offense off the field.

"Their kids always play hard and they always move forward," Beck said of CB West. "It’s going to be a challenge for our defense. They have two very good backs and they’re going to be tough to stop. We can’t turn the ball over and we need to hit them with the big play. This should be a game of us trying to hit big plays, and their 15-play drives."

Yes, it will seem strange to some that La Salle still holds the No. 1 spot in the PhillyVoice Area and Southeastern Pennsylvania Top 10, after the Explorers lost to Roman Catholic, 27-20, last weekend.

What does and will keep La Salle up top, barring any more upsets, is the simple fact that when La Salle met St. Joseph’s Prep before over 10,000 fans at Penn’s historic Franklin Field on Oct. 2, the Explorers that day were the better team, winning 28-21.

These two teams appear to be on another collision course, and high school football is not like boxing, where champions throw a lot of words around, but rarely any punches at one another. In Pennsylvania high school football, the best meets the best in the end to determine who No. 1 truly is.

Right now, despite the setback last week, La Salle will remain No. 1.