Could the pandemic be to blame for increased nearsightedness in kids? 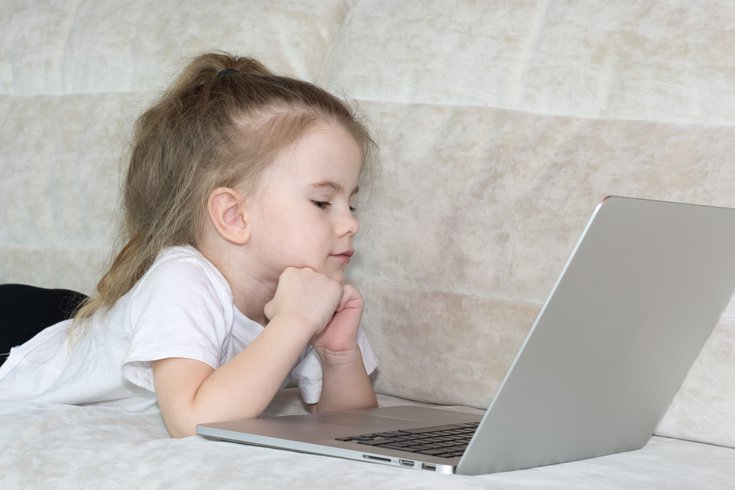 A new study suggests that the changes in our daily lives caused by the pandemic, like more screen time, may be amplifying the risk of nearsightedness in children.

How many times have you told your kids to not hold their phone or tablet so close to their face?

Ophthalmologists have warned for years that too much screen time and not enough time outdoors can speed up the progression of nearsightedness or myopia in children. And now a new study suggests that the changes in our daily lives caused by the pandemic may also be raising the risk of this condition in children.

An analysis of almost 2,000 school-age children in Hong Kong found that the rate of nearsightedness that developed during the pandemic was more than double the rate found in a pre-pandemic study of children of the same age.

"When people think of consequences that this unprecedented level of quarantine has on physical and mental health, it is not initially obvious that children’s visual development is one of them," Dr. Jason C.S. Yam, an associate professor of ophthalmology and visual sciences at the Chinese University of Hong Kong, told NBC News.

"Our study showed that less time spent outdoors and more time spent on near work, including screen time, is associated with faster progression in short-sightedness, or myopia."

The biggest concern, he said, is this faster progression can lead to other ocular complications including retina detachment and vision loss as the children get older.

This latest data, although only observational, reflects the findings of earlier research. Studies in Taiwan, China, Ireland and Denmark have all found that the risk of myopia in schoolchildren increases with more close-up work, including work done on computers and other screen devices. The risk nearly doubled in Danish teenagers who used screen devices for more than six hours a day.

Other studies also found a connection between spending time outdoors and the development and progression of nearsightedness. One study of first-graders revealed that increasing their outdoor time to 11 hours or more each week slowed the progression of myopia over a year. A Chinese study found similar results by adding 40 minutes of outdoor activity a day while at school.

Yam and his team enrolled 709 children between the ages of 6 and 8 years old in their study and then followed them for almost eight months. They collected data on the children's visual acuity, or ability to see clearly, as well as data on their lifestyle during the pandemic, in particular how much time they spent outdoors and on up-close work.

They then compared the findings to data from a group of 1,084 children among the same age group that participated in a similar pre-pandemic study.

The analysis showed that the annual incidence of myopia during the pandemic was 26.98%, while it was 11.63% pre-pandemic.

They also discovered that the axial length — the distance between the cornea and the back of the eye, which gradually increases with progressive nearsightedness — was changing more quickly during the pandemic. According to their data, the annual estimated change in axial length among children during the pandemic was 0.45 millimeters, compared to an annual change of 0.28 pre-COVID.

The researchers also collected data on children's lifestyles during COVID-19 restrictions and found that outdoor time decreased by 68% while screen time more than doubled.

Yam emphasized the important role outdoor time plays in protecting against myopia. He explained that exposure to natural light increases the release of dopamine in the retina, which prevents the elongation of the eyeball. Ophthalmologists recommend that kids spend at least two hours outside a day.

Too much screen time is another factor contributing to nearsightedness among children, Yam and his colleagues found.

Ayesha Malik, a pediatric optometrist at Children’s Hospital of Philadelphia says too much screen time leads to eye fatigue as well as dry and irritated eyes.

Focusing on a screen that's too close for long periods of time can also make it more difficult for children to adjust to long distance vision, she added.

Malik recommends parents set daily screen limits for their children and to teach them the 20-20-20 rule when using a computer or other device. She said for every 20 minutes they are looking at a screen, they should look away and focus on something else at least 20 feet away for 20 seconds.

She said positioning the screen so your child is looking slightly down on it and adjusting the lighting to eliminate any glare can also help.

If you notice your child is frequently squinting, rubbing their eyes or complaining of eyestrain, you should have them evaluated.

The study was published in the British Journal of Ophthalmology.