Last year, 324 deer were killed and removed from parks. 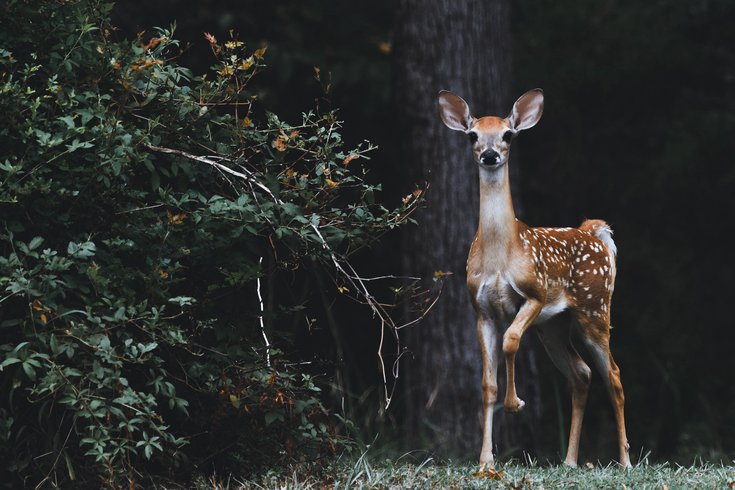 The annual deer kill starts Dec. 1 and will end March 31.

Philadelphia Parks and Recreation announced its parks, which open at 6 a.m., will now close at 8 p.m. Dec. 1 through March 31 to allow the U.S. Department of Agriculture sharpshooters free reign as they kill and remove the animals, the Philadelphia Inquirer reported.

Last year, 324 deer were killed and removed from parks, Alain Joinville said to the Inquirer. "All the venison [deer meat] collected as a part of this program is donated to local food banks and charities."

A curfew was set in place by the city to ensure residents don't cross paths with these hunters. This includes hiking and biking trails and parking lot areas from being occupied after 8 p.m.

The goal is to limit deer to about 8 to 10 per square mile. Currently, there are 30 deer per square mile, according to state and federal wildlife managers. This is considered sustainable, though these populations do vary with local habitats, predators and hunting.

The city oversees more than 10,000 acres of parks, or 16 square miles — which is one-eighth of the city's surface.

A dense population of deer can have devastating and destructive impacts on those habitats.

The deer population in John Heinz National Wildlife Refuge in South Philly rose more than 200 after several years without hunting. That was more than four times the target population, according to a U.S. Fish and Wildlife Service report.

As a result, all young oaks and maples were killed, among other native species, in that area and other unprotected areas.

Not everyone is on board with this strategy. Animal sympathizers and park neighbors have protested these kills and pushed for another prevention method.

Deer are "highly prolific" according to the Humane Society, and can bounce back quickly when populations are reduced slightly — meaning in order to have a significant impact on the population, the hunting effort must be sustained over a long period of time.

"When deer numbers are reduced after killing programs, the remaining female deer will often respond to greater food abundance by giving birth to twins or triplets," according to the Humane Society.

Before the program was put in place, Joinville said there was a significant difference in the forests.

"The overpopulation put an enormous amount of strain on our urban forest system," Joinville said. "They would eat significant amounts of the forest."

Joinville said that since this program was developed, the forest has the time to regenerate naturally and has improved that issue significantly.

This season, hunters have already been in parts of John Heinz National Wildlife Refuge and other federal wildlife refuges.