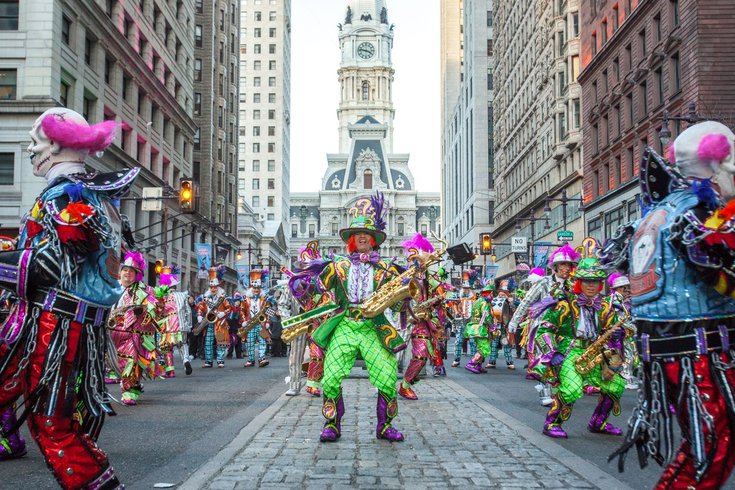 All large public events and gatherings across Philadelphia have been called off through February 2021 due to the ongoing COVID-19 pandemic.

But the citywide restrictions do not appear to be stopping the Mummers from holding their annual parade this upcoming New Year’s Day.

The Mummers are still planning to march in 2021 — albeit on a smaller and less organized scale, according to Philly Mag.

While some groups are planning to stay local to the neighborhood that they are based in, other troupes are hoping to march up Broad Street as they usually do every year.

None of the Mummers string bands are expected to perform in an official capacity on New Year’s Day, but some individuals and smaller groups could still take to the streets. Costumes are also expected to be more modest and scaled back this year.

The Mummers claim that the event is an exercise of their freedom of speech rights, which would make it exempt from the city’s moratorium on large public gatherings. Demonstrations and First Amendment-protected activities have continued to take place across the city during the public health crisis.

“The parade has always been a political event,” another anonymous Mummer said to Philly Mag. “And if there can be parties in the streets for Joe Biden and big demonstrations for this and for that, then they can’t stop the Mummers.”

The city’s ban on large public events and gatherings was imposed this past July to slow the spread of COVID-19 across Philly.

During the seven-month period, events such as the Thanksgiving Day Parade and the Blue Cross Broad Street Run have been called off.

“While the City currently discourages large protests and parades, such as the Mummers, we will not stop them unless safety concerns are implicated,” Mayor Jim Kenney’s spokesperson, Mike Dunn, told Philly Mag.

“The city is not currently issuing permits for special events or gatherings, but we are also not enforcing such permitting requirements,” he continued. “We are currently evaluating our permitting process and hope to announce changes by year’s end.”