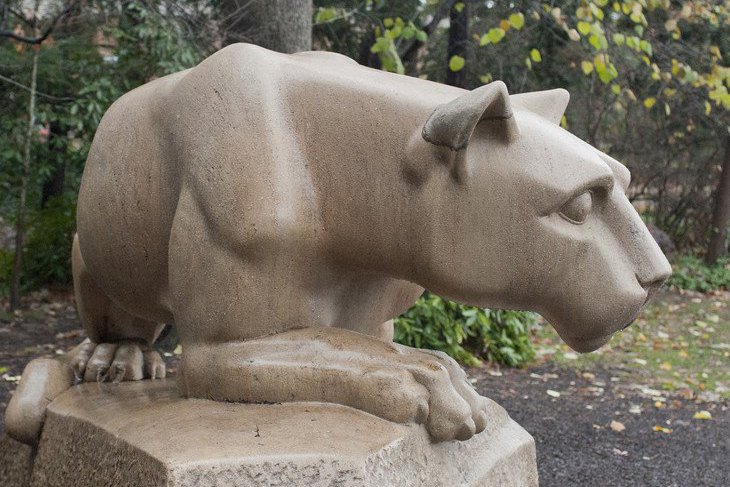 Penn State President Eric J. Barron says a 'modest' tuition hike is 'necessary to keep up with inflation and the university’s own rising costs.'

Penn State University students will be receiving a higher tuition bill for the upcoming academic year.

Tuition will increase by $224 per semester for most in-state undergraduate students on main campus, bringing their bills to $9,184. Students at branch campuses will pay $162-$184 more, depending on the campus.

This is the first time that Penn State is increasing in-state undergraduate tuition since the 2017-18 academic year. Penn State President Eric J. Barron said the "modest" tuition hike is "necessary to keep up with inflation and the university’s own rising costs."

The tuition increases were held to the lowest percentage possible in order to allow the school "to deliver the world-class academic and student experiences that make Penn State so special," according to Barron.

"Controlling the cost of a degree has been a primary point of emphasis during my tenure as president and a priority for our board," Barron said. "Our efforts to keep a Penn State education accessible and affordable have placed us among the top tier of public flagship universities for the smallest overall increase in in-state tuition over the last decade. We always strive to support our students first by keeping tuition increases low or flat."

Penn State's student initiated fee, which support student programs, facilities and activities, will remain at $265 for full-time students at University Park. The fee will increase by $1 per semester at most other undergraduate campuses, ranging from $192-$250 per semester.

Penn State is not alone when it comes to increasing in-state tuition.

Temple University announced last week that it is raising in-state tuition for the first time in three years. Out-of-state tuition also will jump by 2.5%. The university cited rising compensation rates for the 11 contracted bargaining units for the tuition increase.

Meanwhile, the Pennsylvania State System of Higher Education has frozen basic in-state tuition for a third-straight year at its 14 state-owned universities in order to maintain affordability amid the COVID-19 pandemic.

Cabrini University also implemented a moratorium on tuition, fees and room and board for the 2021-22 academic year due to the public health crisis.