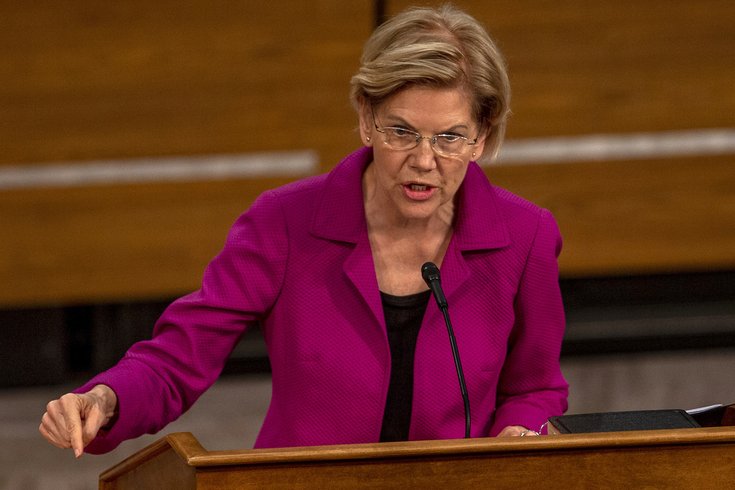 Elizabeth Warren has proposed a wealth tax on the richest 0.1% of households in America. Penn professors believe the tax could fall $1 trillion short of its goal.

Sen. Elizabeth Warren's proposed wealth tax could fall roughly $1 trillion short of its proposed $3.75 trillion goal, according to a new analysis from the Penn Wharton Budget Model of the Democratic presidential candidate's numbers.

Penn professor Kent Smetters, a professor of Business Economics and Public Policy at the Wharton School and a Faculty Research Fellow at the National Bureau of Economic Research, told Bloomberg on Thursday that he expects a greater number of people than expected would be able to avoid Warren's wealth tax.

Warren's proposal for a wealth tax — which would help pay for things like Medicare for All, free tuition at two- and four-year public universities, and the cancellation of some student debt — would put a 2% annual tax on households with net worths between $50 million and $1 billion, and an added 4% annual billionaire surtax on household net worth above $1 billion.

Warren, who has said she will not pay for Medicare for All through middle-class taxes, unlike Sen. Bernie Sanders, said her proposed wealth tax tax would affect .1% of American households, and would raise $3.75 trillion over a 10-year span.

The study's authors believe there's "a lot of gray area" of what is allowed in terms of avoiding the tax, according to Smetters, which could lead to a sizable gap between Warren's goal and reality.

"Ultimately," the authors wrote, "the amount of revenue raised will depend on policymakers’ specific choices about design and enforcement."

The Budget Model bills itself as "a nonpartisan, research-based initiative that provides accurate, accessible and transparent economic analysis of public policy’s fiscal impact".

A spokesperson for the Warren campaign provided this statement to Bloomberg on Thursday, regarding the Budget Model's conclusions:

"This analysis does not study Elizabeth’s actual plans -- it does not account for the strong anti-evasion measures in her wealth tax and does not even attempt to analyze the specific investments Elizabeth is committed to making with the wealth tax revenue. This is an analysis of a different and worse plan than Elizabeth’s, using unsupportable assumptions about how the economy works, and its conclusions are meaningless."