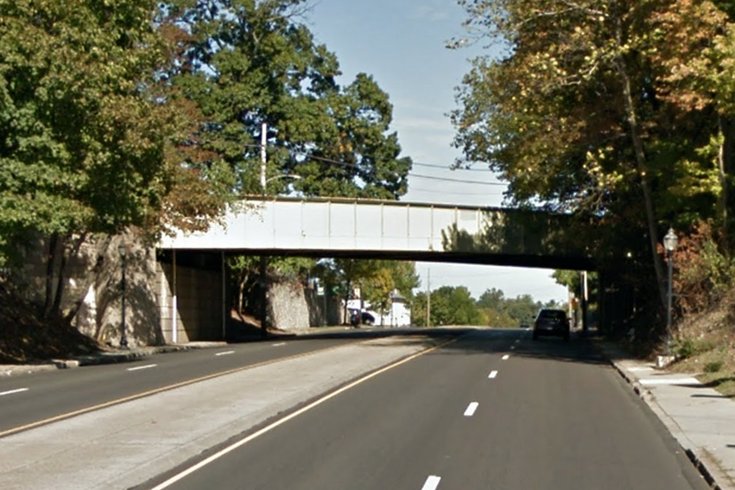 The structurally-deficient Edge Hill Road bridge over Route 611 in Abington Township is in the middle of a $3.6 million rehabilitation project.

An ongoing, $3.6 million project to rehabilitate a structurally-deficient bridge over Route 611 in Abington Township will cause daytime and nighttime restrictions next week and beyond along the busy thoroughfare.

• From Monday, April 24 to Friday, April 28 from 9 a.m. to 3 p.m., the right lane is scheduled to close on northbound and southbound Route 611 between Jericho Road and Hamilton Avenue for bridge demolition.

• From Friday, April 28 to Tuesday, May 30, from 9 p.m. to 5 a.m. lane closures are scheduled on northbound and southbound Route 611 between Jericho Road and Hamilton Avenue for bridge beam installations.

Drivers are advised to allow extra time when traveling through the work area. All scheduled activities are weather-dependent.

To speed the project along, Edge Hill Road has been closed and detoured between Ferndale Avenue and Hamilton Avenue until construction is scheduled to be completed in late fall.

The project, fully financed by federal funds, includes replacement of the existing superstructure, including the concrete deck, repair of support abutments and pedestrian stairways and installation of new sidewalks.