Rep. Glenn Thompson was 'thrilled' to attend the event, despite opposing the Respect for Marriage Act, a spokesperson said 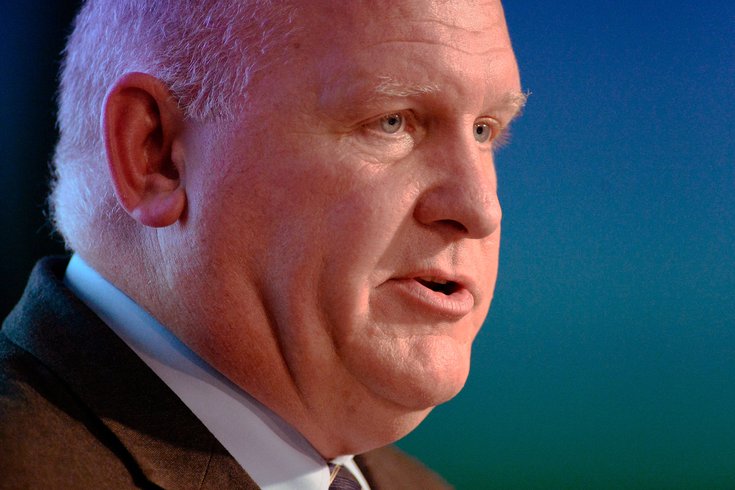 U.S. Rep. Glenn Thompson, R-Pennsylvania, was among 47 Republicans who voted against the Respect For Marriage Act, which passed the House of Representatives in a 267-157 vote. A few days after the vote, Thompson celebrated the wedding of his gay son.

Republican Pennsylvania Rep. Glenn Thompson joined GOP colleagues last week in voting against a bill that would reinforce the legal right to same-sex marriage in the United States. Three days later, Thompson and his wife attended their gay son's wedding with full support for the marriage.

The House of Representatives passed the Respect for Marriage Act with a 267-157 vote on July 19, with 47 Republicans joining Democrats in support of the legislation. The bill, which will now go to the Senate, codifies the right to marriage for people regardless of sex, race, ethnicity or national origin.

Thompson, 67, represents Pennsylvania's 15th Congressional district, which spans 14 counties in the west-central and northern parts of the state. He's been a member of Congress since 2009.

News that Thompson attended the wedding of his gay son last weekend was first reported by Gawker, which found a wedding website for the event. Thompson's son's name was not published since he's not a public figure. The Congressman's attendance was later confirmed by NBC News.

“Congressman and Mrs. Thompson were thrilled to attend and celebrate their son’s marriage on Friday night as he began this new chapter in his life,” Madison Stone, Thompson's press secretary, said in an email to the news outlet.

Stone added that the Thompsons are “very happy” to welcome their son-in-law “into their family.”

In a statement provided to People, a spokesperson for Thompson also waved off accusations of hypocrisy, calling the RFMA bill a political stunt by Democrats.

"This bill was nothing more than an election-year messaging stunt for Democrats in Congress who have failed to address historic inflation and out of control prices at gas pumps and grocery stores," the spokesperson said.

First introduced in 2009, the RFMA aims to repeal the 1996 Defense of Marriage Act, which defined marriage as a pact between a man and a woman and gave states the ability to deny recognition of same-sex marriages. The RFMA passed the House and moved to the Senate in 2011, but never went up for a vote.

Urgency to revive the bill grew this summer after the Supreme Court overturned Roe v. Wade, ending decades of federal legal protection for abortions. There has been uneasiness about the prospect of the Supreme Court striking down same-sex marriage in a future case. The modified RFMA bill that passed the House last week also seeks to reaffirm the Supreme Court's 1967 ruling in Loving v. Virginia, which legalized interracial marriage.

Democrats will need to get 10 Republicans in the Senate to join them in passing the RFMA with the required 60-vote threshold. Several Republicans, including Ohio Sen. Rob Portman, who has an openly gay son, have already said they will support the bill.

Thompson secured the Republican nomination in the party's June primary in Pennsylvania. No Democrats appeared on the party's primary ballot in May for the state's 15th Congressional district.