In the race for Pennsylvania's open Senate seat, the lieutenant governor has found creative ways to get his message across. His opponent has reciprocated 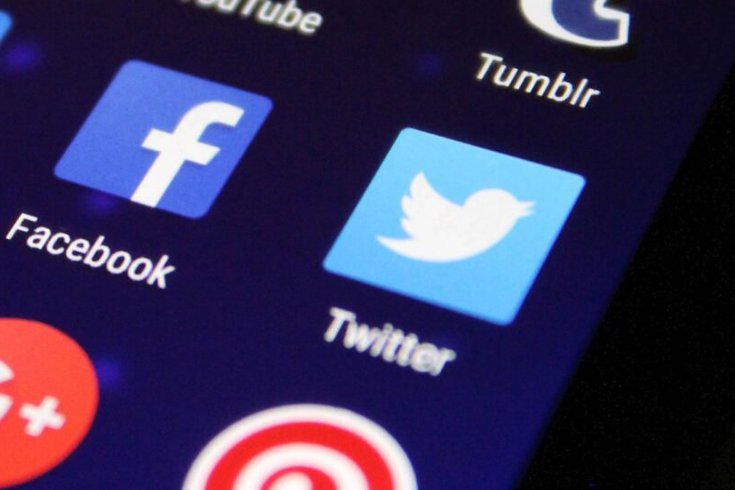 So far, some of the most consequential battles in Pennsylvania's U.S. Senate race between Lt. Gov John Fetterman and TV doctor Mehmet Oz have been waged Twitter and other social media platforms including Cameo.

Some of the most consequential battles in Pennsylvania's U.S. Senate race between Lt. Gov. John Fetterman and television personality Mehmet Oz have been waged over social media.

Fetterman's campaign has sought to portray Oz as a carpetbagger and out-of-touch millionaire by using sardonic, meme-adjacent attacks on Twitter.

Oz's critiques of Fetterman have been more reserved and policy-oriented, but he's begun leveling personal attacks on social media and in a new ad about Fetterman's health woes.

The barbs continued Friday afternoon. Oz, a Republican, posted a picture of himself getting a cheesesteak at Geno's in South Philly, saying President Joe Biden's "record-breaking inflation" is making it more difficult for small businesses to survive.

Fetterman, a Democrat, quickly responded, claiming Oz – a longtime New Jersey resident who changed his address to Pennsylvania shortly before declaring his candidacy – was making a "rite of passage for every tourist."

That followed a creative play by Fetterman's campaign.

On Thursday, Fetterman posted a video message for Oz from Nicole LaVelle – better known as Snooki, from the MTV reality show "Jersey Shore." It was created through Cameo, an app that allows celebrities to get paid for making short personalized videos.

In the clip, Snooki notes that Oz's primary residence was in her home state until earlier this year.

"I heard that you moved from New Jersey to Pennsylvania to look for a new job," she said. "I know you're away from home and you're in a new place, but Jersey will not forget you … Don't worry, you'll be back in New Jersey soon. This is only temporary."

JERSEY loves you + will not forget you!!! 🥰 pic.twitter.com/YmaXfMpzUK

Fetterman's campaign also has run an ad featuring clips of Oz giving a tour of his opulent North Jersey mansion and a rundown of the other eight properties he owns. It's been retweeted more than 10,000 times.

As a general rule of thumb, celebrity TV doctors with over $100 million in asset$ + several properties NOT IN PA don’t usually fight for working people. 🙃 pic.twitter.com/Uf7BwjAU0m

Oz's social media presence has been focused on the people he's met on the campaign trail and his effort to label Fetterman a radical socialist. Oz has tied Fetterman to Vermont Sen. Bernie Sanders, whom Fetterman endorsed for president in 2016.

But on Thursday, he took a new approach. He clapped back at the Snooki video with a meme referencing one of the most controversial moments of Fetterman's political career.

The image shows Chris Miyares, the unarmed Black jogger Fetterman confronted with a shotgun in 2013, when he was the mayor of Braddock, holding his hands in the air during a TV interview.

Fetterman had pursued Miyares, mistakenly believing he had been involved in a shooting near his home. He held him until police arrived. Fetterman has said he was not profiling the man.

It's not clear that Snooki knew she was speaking about Oz in the Cameo. Celebrities on Cameo often don't know anything about the people they make videos for. She wouldn't be the first prominent New Jersey resident to be tricked into making a political statement on the app.

In the clip, he encourages a man named Greg to return to New Jersey. But Christie didn't know the message was meant for Montana Gov. Greg Gianforte, who grew up in the Philadelphia suburbs and briefly lived in New Jersey before he moved west.

The Oz campaign memes may be here to stay. Just two hours after the Miyares tweet, the account made another meme-adjacent post featuring a popular GIF.

"John Fetterman calculating how he will push the commonwealth toward socialism, but realizing that's not what Pennsylvanians need or want," the tweet says.

.@JohnFetterman calculating how he will push the commonwealth toward Socialism, but realizing that's not what Pennsylvanians need or want. pic.twitter.com/iI3wJZQtQ5

Oz also recently released a campaign ad commenting on Fetterman's health and the first public appearance he's made in the wake of the near-fatal stroke he suffered days before the primary in May. The episode was more serious than Fetterman's campaign initially let on.

The polite, but biting, ad features Oz speaking about Fetterman's health as he goes on a jog, an activity meant to highlight the doctor's vitality. As of Friday afternoon, it had been retweeted 365 times.

"As a surgeon who's performed thousands of these operations, I know how scary it can be for a patient," he said. "I've been praying for him. I'm glad he's okay."

I’m glad John Fetterman is returning to the campaign trail. I have a few questions for him - mainly about his crazy ideas for Pennsylvania. pic.twitter.com/fZT0lRFs8h

Early polls have shown Fetterman has a significant lead in the race. The first poll, released in mid-June, showed he had a nine-point advantage. Another poll, issued in late June, put it at six points.

Fetterman has mounted this advantage despite being unable to campaign in person for about two months following his health scare.

First impressions are important when it comes to political candidates. In trying to define Oz early, Fetterman is taking a page out of the playbook the Obama campaign used to beat Sen. Mitt Romney in the 2012 presidential election.

Romney was never able to overcome the out-of-touch, rich guy portrayal that the Obama campaign painted in the early days of the race.

The general election will be held Tuesday, Nov. 8. The polls will be open between 7 a.m. and 8 p.m.