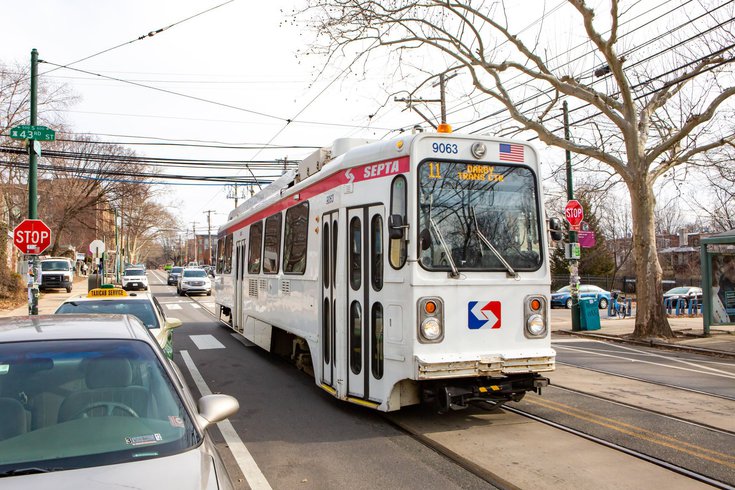 SEPTA is looking for rider feedback on its trolley modernization plan. A survey is available on the transportation authority's website through July 24.

SEPTA is planning to make some major upgrades to its trolley system and is asking Philadelphia and Delaware County riders to participate in a public survey on the project.

The survey is available on the transportation authority's website through July 24, but the organization is also collecting feedback in person through pop-up events at key trolley stations.

SEPTA already knows what some of the $1.8 billion in improvements will entail. It put out an RFP for longer, high-capacity trolley cars in May. It will also renovate existing underground stations, add new on-street platforms and make the entire system handicap accessible.

Some of the feedback SEPTA is seeking focuses on small details, like how the new stations and trolley cars should look. There are also some more significant questions, like how far apart stations should be placed, whether trolleys should have their own lane of traffic and if signals should be optimized for efficiency.

Although there are no questions about it on the survey, SEPTA is also considering extending some of its trolley lines so riders can make transfers more easily.

That could lead to a new section of Route 102 that connects Sharon Hill with Darby, as well as an extension of Route 15, which would bring riders directly to the Market-Frankford Line.

The latter route has been operating with buses for the last two years due to construction and an effort to refurbish its aging trolley cars as part of the modernization plan, the Inquirer reported. The trolley cars were supposed to return in 2021, but the COVID-19 pandemic caused delays.

All the trolley routes that usually run through the 40th Street Portal are also currently experiencing detours due to the "Tunnel Blitz," an annual maintenance effort which ends on July 25. Until then, riders have to transfer to the MFL at 40th Street.

The agency is in the process of implementing a new wayfinding system. On the new map, all the routes that travel under University City would be known as T1-T5. At 69th Street, the train to Norristown would be called M1 and the routes to Media and Sharon Hill would be D1 and D2.